The dark comedy This is the End is on Netflix's Top 10 most streamed movies.

By Joshua Jones | Published 3 days ago

One of Seth Rogen’s famous comedies is dominating the streaming charts. According to Flix Patrol, the 2013 comedy This is the End is ranked near the top of Netflix‘s Top 10 movie chart this week. The news comes after it was reported that Rogen’s R-rated animated comedy Sausage Party is also getting much attention on streaming.

This is the End is perhaps one of Seth Rogen’s most popular comedies. The story centers on fictionalized versions of the cast after surviving a global biblical apocalypse. It’s a feature-length adaptation of the 2007 short film Jay and Seth Versus the Apocalypse.

Seth Rogen and Evan Goldberg co-wrote the 9-minute short film. Before he collaborated with Rogen on the film, Goldberg had worked on the famous comedies Superbad and Knocked Up. After wrapping production on the latter, Goldberg and director Jason Stone worked on the script for Jay and Seth Versus the Apocalypse for three weeks.

Principal photography of the short film began in September 2006 and lasted for two days. After the trailer for the Seth Rogen comedy was released on YouTube, it received over 50,000 hits in its first two weeks. The success of the short film convinced Stone and Goldberg to shop the project around.

After being vied for by several production companies, the project ultimately turned into an entire feature-length film titled This is the End. In an interview with The Guardian, Goldberg said that one of the project’s influences was “ripping off little bits of Charlie Kauffman” and his and Seth Rogen’s love for The Larry Sanders Show. He also drew inspiration from reality television shows when deciding to have the actors play exaggerated versions of themselves.

Principal photography on This is the End took place in New Orleans due to the financial incentives from the city. One interesting factoid about the production is that actress Emma Watson departed from the set because she felt uncomfortable about a scene involving cannibalism. One of the scenes involved actor Danny McBride as a cannibal and his sex slave, Channing Tantum. Despite it all, the Seth Rogen comedy made quite a bit of money at the box office.

This is the End, grossed approximately $101.5 million at the North American box office against a production budget of $32 million. The film was released on the same weekend as Warner Bros. and DC’s Man of Steel. In its second weekend, the Seth Rogen comedy dropped to number 4 on the worldwide box office charts.

One version of the movie would’ve starred Seth Rogen opposite Brad Pitt. In an interview with the Daily Californian, Goldberg revealed that he considered casting Pitt in the film at one point. However, the creators chose to work on the project with their friends.

While audiences remember Seth Rogen for his work in films such as This is the End, the actor has diversified his portfolio over the years. He’s reportedly involved in the making of a movie about a subreddit. The film, Dumb Money, is based on the financial story of subredditor David and his battle against a massive hedge fund.

Seth Rogen also has appeared in some awards fare. In 2015, he portrayed Steve Wozniak in the Steve Jobs biopic. Interestingly, his work in the biopic didn’t garner him any award nominations.

Seth Rogen received quite a few nominations for his work on This is the End. The American Comedy Awards nominated him for Best Comedy Director, with the film itself earning a Best Screenplay nomination. This is the End also was nominated for Best Horror film at the 2014 Saturn Awards.

In addition to him starring in a movie about subreddit, one of Seth Rogen’s critically panned movies is reportedly receiving a reboot. It was reported in June that the 2011 movie The Green Hornet would be rebooted with filmmaker Leigh Whannell in talks to helm the project. According to Deadline, the project is called Green Hornet and Kato, and it wouldn’t star Rogen.

Regardless of his involvement in the project, Seth Rogen continues to be a prolific comedian and actor in the industry. One has to look at the success of This is the End to know that the guy has some brilliant yet sometimes ridiculous ideas. 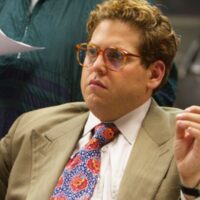 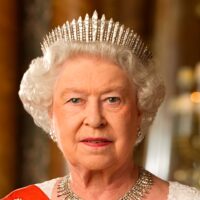