Neighbors is currently in the top ten most streamed movies on Hulu.

Seth Rogen has recently been making moves away from comedy, co-starring in Steven Spielberg’s The Fabelmans and the likely-canceled Being Mortal. However, he has never seemed to be afraid to go back to the raunchy, off-color humor that made him one of the more unlikely leading men in recent history. A prime example: 2014’s Neighbors, which is currently in the top ten most streamed movies on Hulu.

Neighbors stars Seth Rogen and Rose Byrne as a pair of new parents just barely avoiding acknowledging that they are no longer able to live the freewheeling, party-hearty days of their 20s, when a fraternity led by Zec Efron and his best friend/second-in-command Dave Franco moves in next door. In the grand tradition of raunchy college comedies, a rivalry develops between the two houses, wacky hijinks ensue, and overly elaborate pranks are pulled. However, unlike broadly similar movies like Old School and National Lampoon’s Animal House, Neighbors has a surprising amount of emotional depth.

This particular Seth Rogen film came just after the peak of producer Judd Apatow’s dominance of Hollywood, following the undeniable excellence of movies like Pineapple Express and right amongst the more ambiguously received Trainwreck and Anchorman 2: The Legend Continues. Although Apatow was not involved with Neighbors, the DNA of his style of anarchic comedy is heavily mixed into the film. It was directed by Nicholas Stoller (who had previously directed Forgetting Sarah Marshall and the more recent Bros) and written by the duo of Andrew J. Cohen and Brendan O’Brien, all of whom bring a familiar brand of crass but heartfelt comedy to the table.

In a simpler movie, Seth Rogen and Rose Byrne would take an instant dislike to the frat and it would be a classic slobs vs. snobs scenario. Neighbors bring a more nuanced narrative, in which Rogen and Byrne actually bond with the frat before coming into conflict over noise complaints. Similarly, Zac Efron begins the movie not as the uber-jock big man on campus about to graduate as might be expected, but as a surprisingly sensitive and thoughtful youth who genuinely believes the purpose of a frat is to promote chivalry and brotherhood.

It is the little details that make a movie like Neighbors stand out from similar movies full of jokes about condoms on lawns and topiary trimmed to resemble various obscenities. As much as the conflict between Seth Rogen and Zac Efron escalates to Machiavellian plots and a beer can fight, it never loses sight of the fact that both men are both confused by the changing circumstances of their lives who have a whole lot in common. Other than which actor they picture as Batman, that is.

Like many Seth Rogen comedies of the time period, Neighbors is a surprisingly sweet movie, even if it does retread much of the same ground of immature dudes slowly learning to grow up as Knocked Up or The 40-Year-Old Virgin. At the very least, it does give us another chance to hear that famous Seth Rogen laugh. 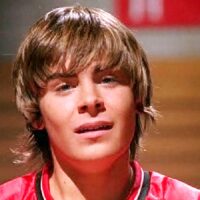 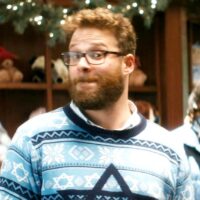 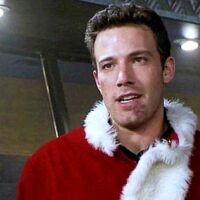 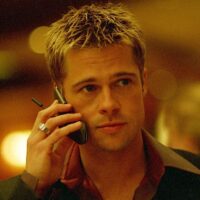