By Tristan Zelden | 6 days ago

Marvel recently put out its second trailer for What If…?, its next Disney Plus series that will take an alternative perspective on its giant universe with various what-if scenarios. The biggest and smallest characters will return, most of which with their original actors. While some exceptions are made, like Robert Downey Jr. not reprising his role as Tony Stark, we got some surprise appearances that will be made. One of those is Seth Green as Howard the Duck.

Seth Green confirmed it on Twitter, sharing both the trailer and his excitement to be returning to Marvel.

The screen time for Howard the Duck is short, so much so that some audiences might not even remember his cameos. However, Seth Green got time to pop up during the after-credit scene in the first Guardians of the Galaxy. He returned briefly in the sequel and for a third time in Avengers: Endgame, although that was not him saying any lines, he is just spotted in the army of Avengers who were walking out of portals to lay waste to Thanos’ alien army.

Last year, Deadline reported that Seth Green would get his own animated Hulu Howard the Duck series. This project, along with a Tigra & Dazzler show, was canned. The decision left Hulu only with two Marvel animated series, Hit Monkey and M.O.D.O.K..

That does not stop Marvel from dipping its toes into future animated projects. What If…? will be the first Marvel Cinematic Universe animated series. The previous Disney+ MCU series (WandaVision, The Falcon and the Winter Soldier, and Loki) have been live-action. Even though he will not have his own standalone, Seth Green will have some role in the show with the star-studded cast. With it being his fourth appearance, maybe he will have a larger role to play than his previous cameos.

Howard the Duck has existed long before audiences saw Seth Green as the character in James Gunn’s cosmic entries of the franchise. His origin came straight from Marvel Comics and was created by writer Steve Gerber and artist Val Mayerik. Howard the Duck first appeared in Adventure into Fear #19 in 1973. However, his big-screen debut came with a 1986 film named after the duck, which was played by Chip Zien (The Night Of).

Besides making small cameos in the film industry’s biggest franchise, Seth Green has made a huge career as an actor, especially when lending his voice to animated series. He has won three Emmys for his many roles in Robot Chicken. He is probably best known as Chris Griffin in Family Guy. When it comes to live-action, audiences most likely know him best from his role as Scott Evil in Austin Powers.

What If…? will release on Disney Plus on August 11. The series will see Chadwick Boseman in his final role since his death. Instead of playing T’Challa, this anthology will see him as Star-Lord. Fans will also get to see the return of Chris Hemsworth as Thor, Seth Green as Howard the Duck, and plenty more of both popular and obscure appearances. It will be hosted by Jeffery Wright (Westworld) as The Watcher. 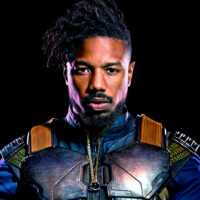 Anthony Mackie May Bail On Marvel For Another Franchise?