Sesame Street helps teach children how to express themselves and it just expressed itself perfectly to HBO Max.

In a move that has many people scratching their heads as of late, Warner Bros. Discovery chose to quietly remove a slew of titles from HBO Max. This has included such hit series as Generation and films like The Witches starring Anne Hathaway. In anticipation of HBO Max and Discovery+ merging into one streaming platform, it appears that executives at Warner Bros. Discovery are doing what they can to thin the herd. Now, it seems that no content is too safe from eventual removal as Sesame Street has also been removed from HBO Max, along with 200 episodes of the legendary children’s show. Fortunately for all of their fans, Sesame Street is taking matters into its own hands with a perfect response to their removal on social media.

With a post to Twitter that would make anyone feel like it’s a sunny day outside, the official social media account for Sesame Street posted an honest response to their HBO Max removal. Helping fans out by directing them to YouTube to find free episodes of the long-running series, Sesame Street viewers can now rely on these free episodes anytime they are hankering to visit their favorite neighborhood of friends. According to ComicBook, the show was removed from HBO Max this month, along with The Not-Too-Late Show with Elmo and other Sesame Street-themed specials. With 52 seasons and over 4,000 episodes of television to date, Sesame Street has become one of the longest-running television shows in history.

Sesame Street premiered on PBS in 1969 and has enjoyed a lengthy run ever since. Appealing to younger audiences with humor and discussions about current events, the cultural legacy of the series has become a staple in many American households. The show started debuting episodes on HBO in 2016 before its eventual move to HBO Max in 2020. Deadline reports that this latest move to remove titles from the HBO Max catalog came swiftly over the weekend, explicitly targeting animated shows and programs geared toward a child audience. Overall, 68 titles did not survive this latest round of purging by Warner Bros. Discovery, despite the iconic nature that a series like Sesame Street brings to their subscription streaming service.

Unfortunately for Sesame Street and HBO Max, this news is just another bullet point on a laundry list of issues that seem to be plaguing Warner Bros. Discovery in their lead-up to the big streaming merger. The studio’s decision to completely shut down production on Batgirl and not release the film in theaters or on HBO Max had many experts questioning their leadership decisions. According to IndieWire, mass layoffs have occurred in the company’s unscripted departments, affecting the streamer’s reality television productions. The focus going forward for the company, it seems, is to strengthen the launch of its new CNN Originals Hub and beef up its current collection of Magnolia Network-related content. With hit shows like House of the Dragon just premiering this week on the streamer, Warner Bros. Discovery may concentrate more on content for adults rather than their kids. 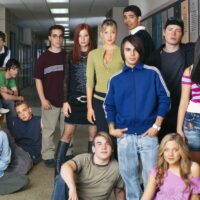