Actor, author, and musician Bob McGrath, best known for his portrayal of Bob Johnson on the iconic children’s TV series Sesame Street, has passed away at the age of 90. His family reported the news on his personal Facebook page and stated he died peacefully surrounded by his family.

McGrath portrayed Bob Johnson on Sesame Street, PBS’s children’s educational series, between 1969 to 2016. He is one of the two longest-appearing human characters in the series, along with Sesame Street matriarch, Susan Robinson, played by Loretta Long.

His career began in the early 1960s when he appeared on the Mitch Miller series Sing Along with Mitch. He also became popular in Japan in the 60s, releasing several Japanese language Irish folk song albums.

This would segway to his role on Sesame Street as Bob, the music teacher. McGrath began this character in the premiere episode of the series. He would be introduced as Gordon and his wife Susan’s neighbor. As most of the human characters took on roles as surrogate parents to the Muppet characters, Bob was more of the disciplinarian and surrogate teacher.

Sesame Street is well known for using songs to teach lessons to children. Songs the character Bob was known for include “The People in Your Neighborhood,” “Believe in Yourself,” and “I’ve Got Two.”

In that storyline, Bob had a romantic relationship with Linda, the librarian played by Linda Bove. Linda, a deaf person, opened a whole new world of instruction to the children watching. Her character shined a light on ASL during a time when there wasn’t much shared on the subject.

In an interview, McGrath would share his two favorite memories of the series. During the Christmas Eve on Sesame Street special that aired in 1978, a special “The Gift of the Maji” scene was featured, which McGrath noted as one of his favorite moments. Another favorite segment was in 1983 when the series addressed the death of long-time character Mr. Hooper, played by McGrath’s good friend Will Lee.

Throughout his career, McGrath would also spread his writing wings and pen many children’s books, including Uh Oh! Gotta Go! and OOPS! Excuse Me, Please! In 2008, McGrath was nominated for children’s album of the year for his Sing Me a Story album.

McGrath starred in two Sesame Street films, Sesame Street Presents: Follow that Bird and The Adventures of Elmo in Grouchland. He also appears in two documentaries focusing on the series, I Am Big Bird: The Caroll Spinney Story and Street Gang: How We Got to Sesame Street.

As a favorite character in the Sesame Street story, McGrath, who played the low-key and likable fellow Bob Johnson, left his mark on a massive amount of children and adults’ lives who have enjoyed the series for over 50 years.

Another Twin Peaks Legend Has Died 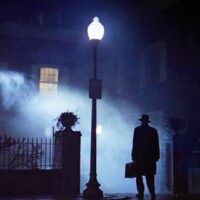