Dune became one of the biggest and most surprising hits of 2021. Though the movie was part of Warner Bros’ initiative to put their movies into both theaters and streaming at home, the remake would go on to make just over $400 million at the box office, resulting in the green light for the sequel. Now, Timothee Chalamet has teased his return as Paul Atreides in Dune 2 in a new Instagram post, which you can see below:

Timothee Chalamet is not as active as most other people are on social media, but the above image is closing in on 2 million likes, likely because it is our first good look at his return as Paul Atreides in Dune 2. A ton of his posts on the social media app contain images of his current or upcoming movies, though he does not say anything. We guess Chalamet is exercising the old saying, “A picture is worth a thousand words.”

We are not entirely sure if the jacket that Timothee Chalalmet is wearing is meant to symbolize something, or if it is going to be an accurate piece of his costume for Dune 2. The back of the black jacket has a shaded and etched-in skeleton outline, meaning we might see a darker version of Paul Atreides in the sequel. This is just speculation at this point, and it could just be one of the actor’s favorite jackets.

As previously mentioned, Dune became a massive hit, as Denis Villeneuve recaptured the magic of this expansive science fiction and drama story into something quite spectacular. That’s not to mention the massive cast that joined Timothee Chalamet in the first movie, and the ones joining him in Dune 2. Oscar Isaac, Zendaya, Jason Momoa, Rebecca Ferguson, Stellan Skarsgard, Dave Bautista, and Javier Bardem are just some of the huge actors that joined the Part 1 blockbuster.

Timothee Chalamet will be joined by an even bigger and more expansive cast in Dune 2, which includes the addition of Christopher Walken, Austin Butler, and Florence Pugh to name a few. Considering Dune 2 will be released outside of the confines of the pandemic, we would imagine this final chapter is going to make even more money at the box office. Part of the impressive feat of the first movie is that it still managed to make $400 million despite being released when most movie theaters were not back to full production.

Timothee Chalamet has been having a great few years, as he has starred in such great films as Don’t Look Up, Dune, and most recently in the Oscar buzzworthy film, Bones and All. The young actor likely does not need captions for any of his posts, because people are flocking to him in droves, as he has become one of the brightest risers in Hollywood. In fact, he is talked about as one of the best actors in some of the most legendary circles, as Al Pacino recently stated he would want Chalamet to replace him in Heat 2.

Timothee Chalamet will return to the Dune 2 universe on November 3, 2023. 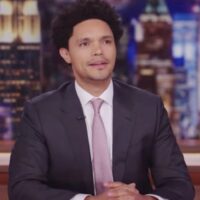 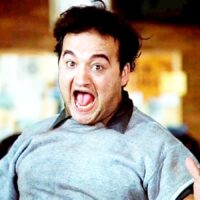