Harry Styles joked about spitting on Chris Pine during a recent musical performance.

It looks like the infamous SpitGate speculation can finally be ended. A recent viral video of the Don’t Worry Darling premiere at the Venice Film Festival made it seem like Harry Styles maybe, possibly, could have spit on his co-star Chris Pine. The motion made by Styles and the reaction of Chris Pine drove the Internet into a speculation frenzy. However, the above video may put things to rest. During a show at his Madison Square Garden residency, Styles talked about how wonderful it was to be back in New York before adding “I just popped very quickly to Venice to spit on Chris Pine.” Styles ended the joke with a laugh and added “But fret not, we’re back!”

It seems pretty unlikely that Harry Styles would make a cheeky joke about the incident if he did actually spit on Chris Pine and have beef with the actor. For his part, Chris Pine’s reps have also denied the spitting incident. It seems like this may just be a case of people looking for turmoil where there isn’t any. The clip was already pretty difficult to parse to begin with, so the denials from Pine’s rep and Harry’s joke may finally bring this to an end.

Harry Styles co-starred alongside Florence Pugh in the Olivia Wilde-directed Don’t Worry Darling. The film has been getting mixed reviews so far, but the consensus has been that Florence Pugh puts on a stellar performance. Don’t Worry Darling follows a 1950’s housewife who lives in a Pleasantville-like utopian community. However, everything is not as perfect as it seems as she begins to uncover disturbing secrets. Along with Styles and Pugh, the film stars Chris Pine, Olivia Wilde, Gemma Chan, Kate Berlant, Nick Kroll, Timothy Simons, Kiki Layne, Asif Ali, Sydney Chandler, and Douglas Smith.

Harry Styles is currently finishing up his residency at Madison Square Garden for his Love on Tour concert tour. The pop star will be playing the Garden until September 21. After his residency there, he will be playing multiple nights at venues in Austin, Chicago, and Los Angeles. Blood Orange opens for Styles at his New York shows while Gabriels will open his Austin shows, Jessie Ware will open his Chicago shows, and Ben Harper will open his LA shows. Styles will finish up his US tour in November and start his Latin American tour to wrap up the year. Styles also release an album in 2022 titled Harry’s House.

You can catch Harry Styles and Florence Pugh in Don’t Worry Darling when it hits theaters on September 23. Styles will also be appearing in one more movie before the year is over with Prime Video’s My Policeman. The film follows a relationship between Style’s police officer Tom and Emma Corrin’s Marion. However, their seemingly perfect relationship is upended when museum curator Patrick enters the picture. Michael Grandage directs the film which is adapted for the screen by Ron Nyswaner from a novel by Bethan Roberts. Along with Styles and Corrin, the film stars Linus Roache, Rupert Everett, Gina McKee, David Dawson, and more. My Policeman is set to hit select theaters on October 21 and stream on Prime Video starting November 4. Hopefully, there won’t be any fakeout spit videos amongst the cast of My Policeman. 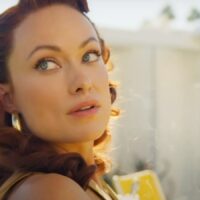 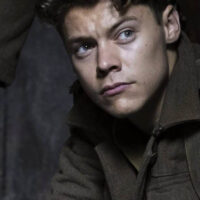