The new Wednesday series that was created by Tim Burton for Netflix has finally shown off what the Addams Family will look like in the show.

For a child of the 1960s and the 1990s, there may be no other recognizable brood than the wild and offbeat folks that make up The Addams Family. Starting as a cartoon by creator Charles Addams, the family Addams has been the subject of multiple forms of media, including television shows and various film incarnations. The most popular versions of this unconventional subject appeared in the 1964 black-and-white ABC show and the 1991 movie, both starring unbelievably talented casts that would live on in icon status for the rest of their careers. A new iteration of the cartoon is making its way to Netflix, and we now have the first look at Catherine Zeta-Jones and the rest of the ensemble cast of Wednesday.

According to Vanity Fair, Wednesday will debut on Netflix later this year and feature an all-star cast led by Scream actor Jenna Ortega. The Addams Family has been retooled to focus on the character of Wednesday Addams while she attends high school at Nevermore Academy. The television series will consist of eight episodes and will be a supernatural murder mystery highlighting Wednesday’s psychic abilities as she attempts to solve a mystery that’s plagued her family and stop a murder spree from occurring, all while battling adolescence. The cast will include Isaac Ordonez as her brother Pugsley, Luis Guzman as her father Gomez, and Catherine Zeta-Jones as Wednesday’s mother, Morticia Addams. The first images released of the show concentrate heavily on the dark fashion that the characters are known for, with Academy Award-winning costume designer Colleen Atwood responsible for their undying looks.

While Wednesday will be more of a coming-of-age story rather than a peek inside a macabre family like the 1990s films offered, Catherine Zeta-Jones and Jenna Ortega appear to look the part in an aesthetic designed by the director Tim Burton. According to a report by MovieWeb, Burton is primarily concerned with showcasing a new plot for the show that revolves around its female leads, blending in the themes that Charles Addams first used in his initial depictions of the characters. The new series will be less like the seductive moods of the 1990s movies and more supernatural to centralize Wednesday’s powers. For example, Guzman will appear shorter than Morticia, just as he did in the original cartoons.

However, there may still be some surprises for fans with the Netflix version of Wednesday as the Addams Family arrives in the modern day. Deadline reports that Christina Ricci has joined the cast of Wednesday, which is stellar news considering she played the role that Ortega is taking on in the 1991 and 1993 films. Ricci’s role is undetermined at this time, but it has been confirmed that the actor will be portraying a new character in the series and not an older version of the character she played onscreen thirty years ago. Ricci is currently nominated for the Primetime Emmy Award for her work on Yellowjackets and is a natural fit to join her peers Jenna Ortega and Catherine Zeta-Jones in Wednesday. 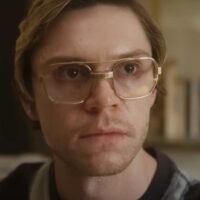