Tenoch Huerta is set to make his big MCU debut as Namor the Sub-Mariner in Black Panther 2, and Empire Magazine has now released the best image of the anti-hero yet. The magazine cover showcases familiar Black Panther characters Shuri and Ramonda, played by Letitia Wright and Angela Bassett respectively. However, standing next to them is Huerta in his full headdress, looking quite magnificent.

The secondary image also showcases Namor’s headdress in more detail, which looks as equally impressive as Huerta does as the character. Marvel is known for wanting to take chances with their characters by altering their origin stories and the race in which they debuted as in the comics. That is certainly the case for Namor in Black Panther 2, as his origin has been altered to lean heavily on Aztec and Mayan culture. To be fair, Namor was always Atlantean, and the only thing missing about this new version is his blueish skin.

The Atlanteans are meant to play a huge part in Black Panther 2, as Namor appears to be their leader, and they have seen fit to lay siege to Wakanda. At least, that is what we have gathered from the trailer so far. We are not sure about the implications of a war between the Atlanteans and Wakandans, but the trailer has shown elements of plenty of battles happening, including a moment where M’Baku is leaping into the air to strike down Namor.

Everyone has been begging for Namor to make an appearance in the MCU, as he has been one of the main heroes and antagonists in many of the big battles that have occurred in the comics. One of those big battles is Secret Wars, which is coincidentally one of the new Avengers movies that are being worked on. Namor appearing in Black Panther 2 is going to set the man up to be one of the possibly biggest anti-heroes that exist in Marvel.

We are fully behind him Namor coming from Mexican culture in Black Panther 2. The mythology of the Aztecs and Mayans seems to fit far better than the character just being of Atlantean origins alone. We are excited to see where the story is going to be taken in regard to Huerta’s portrayal of the character. We are also excited to see who is going to be taking on the mantle of Black Panther and see them fight Namor, as that could be one of the most epic battles in MCU history.

Namor is debuting in Black Panther 2, which is set to officially release on November 11, 2022. The new sequel movie is also signaling the near end of Phase 4 of the MCU continuity, which will officially come to a close when the Guardians of the Galaxy: Holiday Special releases on Disney+ in December of this year. We are not sure about the cameos that will occur in Black Panther 2, but we would assume that there is going to be many to set up Phase 5. 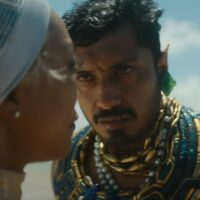 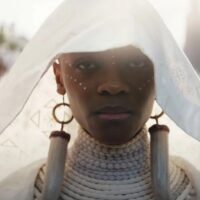