Avengers: Secret Wars is poised to debut on November 7, 2025 as a follow-up to Avengers: The Kang Dynasty (opening May 2, 2025), and will be proceeded by films and TV series from Phases Four, Five, and Six of the Marvel Cinematic Universe (MCU). Phase Four kicked off in 2021 with Black Widow and Shang-Chi and the Legend of the Ten Rings, but the introduction of the Multiverse in Loki and Spider-Man: No Way Home marked the beginning of the Multiverse Saga storyline that will define both the MCU film and TV series for the next three years.

In addition to his work with Marvel, Michael Waldron is known for his work on Rick and Morty and Heels, the Starz wrestling series (with Stephen Amell) which he created. Disney has also tapped Waldron to write a new Star Wars film, although the plot is not yet known. By taking on Secret Wars, Marvel hopes Waldron will assume the role the Russo Brothers had with Marvel, as they set the storyline and tone that culminated in 2019’s Avengers: Endgame.

There are actually two Secret Wars events depicted in the Marvel comic books, with the popularity and familiarity of each depending on how old you are.

The original Secret Wars was a twelve-issue special event crossover series in 1984-1985. Written by legendary Marvel editor Jim Shooter, the plot involved all the major Marvel heroes and villains being brought to a planet called Battleworld by The Beyonder, to do battle with each other until a winner is found. The 1980s Secret Wars is notable for the first appearance of Spider-Man’s black suit, which turned out to be the symbiote that became Venom.

In 2015, a new Secret Wars comic crossover event was introduced, which focused on Multiverses colliding and destroying each other, with characters from the remnants fighting it out with Doctor Doom to be the sole remaining reality in the universe. Obviously, the MCU Secret Wars will adapt the newer comic book storyline, although it remains to be seen if it will even use the plotlines from that story or merely the theme. With a Fantastic Four movie coming in Phase Six, the inclusion of Doctor Doom in the storyline seems assured.

Despite a split reception from some Marvel fans, Doctor Strange 2 grossed nearly a billion dollars worldwide, and Marvel Studios seems confident Michael Waldron can guide the creative narrative for the MCU going forward. Jeff Loveness, who also wrote Rick and Morty with Waldron, has been tapped to write Avengers: The Kang Dynasty. Avengers: Secret Wars does not yet have a director, but that seems to be less of an issue so early in the film’s development. 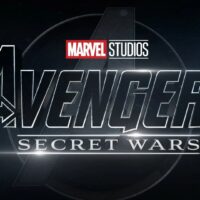 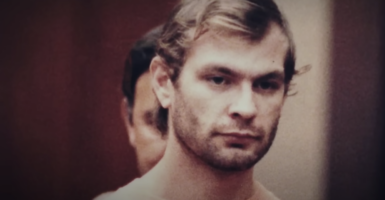