Disney+ released a hidden trailer for The Mandalorian season 3.

The Mandalorian Season 3 is right around the corner, but for now, fans will just have to settle for the content we get in the trailer. However, if you want to get a little more than the official trailer Disney released on YouTube, you can head over to Disney+ and watch a trailer with an extra scene of bonus content. The hidden trailer shows two mysterious figures in Coruscant approaching a dock with a Star Destroyer.

It’s unclear why this trailer for The Mandalorian Season 3 is hidden on Disney+, but it’s still cool to see what seems like a pretty important plot point. The series takes place after the fall of the Empire and before the rise of the First Order, so we haven’t seen a lot of big ships like Star Destroyers in the series yet. Could this scene be hinting at a First Order subplot and give us insight into how the First Order first started?

The Mandalorian Season 3 seems to be focusing on Mandalorians more than ever, as Grogu and Mando return to the home planet of Mandalore. We also get a brief glimpse at some Jedis, presumably during Order 66, so we’ll likely be finding out how Grogu survived that slaughter. Christopher Lloyd and Tim Meadows are also joining the cast, so it’ll be interesting to find out who they’ll be playing in the ever-growing Star Wars universe.

The Mandalorian Season 3 will bring back Pedro Pascal as Din Djarin along with Katee Sackhoff as Bo-Katan, Carl Weathers as Greef Carga, Giancarlo Esposito as Moff Gideon, Omid Abtahi as Dr. Pershing, Amy Sedaris as Peli Motto, Sun-hyung Lee as Carson Teva, and Emily Swallow as The Armorer. As seen in the trailer, it looks like we’ll also be seeing Babu Frik appear in some capacity. Frik is a tiny alien droidsmith who was introduced in Star Wars: Episode IX – The Rise of Skywalker and was maybe one of the only good things to come out of that film.

Along with The Mandalorian Season 3, Disney has plenty of Star Wars Disney+ content lined up for us in the near future. In 2023 alone, we’re set to get the Young Jedi Adventures animated series, Star Wars: Visions Season 2, and the long-awaited live-action Ahsoka series. The mysterious Skeleton Crew starring Jude Law is also set to hit Disney+ this year.

Along with The Mandalorian Season 3, the Rosario Dawson-starring Ahsohka is probably the most-anticipated release this year. Fans are also waiting on pins and needles to find out when we’ll officially get the next season of Andor, which is one of the best and most well-reviewed Star Wars projects since Disney took over the franchise. There’s also a lot of hype around the mysterious series The Acolyte, which will explore the end of the High Republic era.

As for The Mandalorian Season 3, fans won’t have much longer to wait. The season is set to hit Disney+ on March 1. Until then, make sure to check out the hidden trailer if you want to see that Star Destroyer scene. 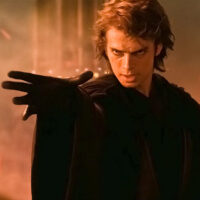