Sean Connery put in the performance of a lifetime in Terry Gilliam's Time Bandits.

Sean Connery was one of the greatest film stars of all time, with everything from “original James Bond” to “Highlander badass” on his acting resume. In his long career, he appeared in virtually every genre of cinema and worked with innumerable legendary filmmakers and actors. However, Sean Connery’s single best film is impossible to pin down to a single genre or even tone: Time Bandits, the 1981 time travel-adventure-comedy-horror-fantasy-satire film by Terry Gilliam, currently streaming on HBO Max.

Time Bandits is essentially an episodic story that follows a bookish 11-year-old boy named Kevin (Craig Warnock) as he is abducted by a group of time-traveling dwarfs who, in addition to being low-level designers in the creation of the cosmos, have stolen a map of the universe from the Supreme Being (British acting legend Ralph Richardson). Over the course of the film, they encounter Napoleon Bonaparte (Ian Holm), Robin Hood (Terry Gilliam’s fellow Python John Cleese), and hang out on the Titanic, but the single oddest and best sequence of the film is the brief respite from chaos to chill out with the ancient Mycenaean King Agamemnon, portrayed with appropriately regal movie star charm by Sean Connery.

Make no mistake about it, Time Bandits is a chaotic film. The tone of the movie changes abruptly from scene to scene, from satirizing 1980s British consumerism and keeping up with the Joneses to a comedic heist scene set during the 18th-century Battle of Castiglione to terrifying scenes of skeletal biped horses with eyes from flame hunting our heroes down. But Sean Connery’s mid-film episode is the calmest and strangely warm aspect of the film, even if it does involve the former James Bond ripping a Minotaur’s head from its body with his bare hands.

Sean Connery is introduced when Kevin is separated from his kidnappers/fellow robbers and literally falls from a time portal onto the king, who is on the verge of defeat during his brutal battle with the Minotaur. For accidentally saving his life, Sean Connery brings Kevin back to the strange and beautiful walled city of Mycenae; though Queen Clytemnestra (Juliette James) watches with silent and increasing hostility, the two form a bond and Kevin is made his heir.

That is, until the dwarfs show back up as a traveling troupe of entertainers and kidnap him (and a bunch of ancient Greek treasure) once again. Sean Connery does not have a large part in the film, but in many ways, his sequence is the fulcrum of the film. Except for Sean Connery’s Agamemnon, virtually every adult that Kevin meets is an idiot, an oaf, or the literal embodiment of Evil. It is only under the care of Sean Connery that there is any care or kindness in the entire universe.

Of course, it is not accidental that the biggest film star in the movie has the most heroic role. Reportedly, the original script for Time Bandits introduced Agamemnon with the cheeky note that he “reveals himself to be none other than Sean Connery or an actor of equal but cheaper stature.” Fortunately, Connery was a fan of Monty Python, the comedy troupe that brought Terry Gilliam to fame, and signed on for minimal pay and a big chunk of the profits (much as non-Star Wars fan Alec Guinness did with Star Wars).

Interestingly, Terry Gilliam credits Sean Connery with essentially saving the movie from chaos, something the filmmaker has a notorious reputation for. According to Gilliam (via MovieWeb), the Hunt for the Red October actor took the production of Time Bandits in hand and basically acted as a de facto story editor, even coming up with a key aspect of the bewildering, much-discussed final scene. Gilliam says:

He literally saved my ass. Sean looked at my storyboards, and says, ‘Forget about that, you’ve not gonna get this done, kid. So I started throwing pages out. Anything he said, it was ‘Yes, sir.’ I suddenly felt like I was in the hands of an incredible actor with great experience. And we got through that first day thanks to his pragmatism and not my ambition.

Within a few years, Sean Connery would appear in Highlander, return to the role of James Bond for an odd one-off movie, and star in two of his most acclaimed movies, The Untouchables (for which he won an Academy Award) and The Name of the Rose. Both films would show him in fine movie star form, but Time Bandits saw him unleash his charisma at its most intense and most warm. It might be a bizarre movie, but Sean Connery is at his most charming in it. 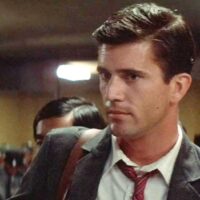 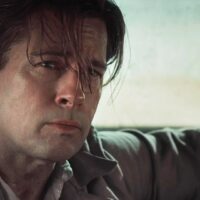