By Apeksha Bagchi | 2 days ago

In all the past Scream films, the biggest, most shocking revelation of the respective storylines was the identity of Ghostface. And thus, while the upcoming fifth film in the franchise, simply titled Scream, has been keeping its plot under tight wraps, fans have been eagerly awaiting a glimpse of the killer with their iconic mask on. Thankfully Paramount Pictures has finally catered to our wishes with the first poster starring the terrifying Ghostface.

See the poster for Scream below.

The poster for Scream sees Ghostface, with their identity obviously hidden but the agenda being pretty clear: the person behind the scary mask has murder and mayhem on their mind. In the poster, Ghostface is holding their iconic Buck 120 knife which is glistening with the blood of some unfortunate victim of the cold-hearted killer. The poster also reminds fans that more than the mask it is the face behind it that horrifies the most as, “It’s Always Someone You Know.” In the past, Sidney’s boyfriend Billy Loomis and the goofy Stu Macher donned the creepy mask in the first Scream film. Sidney Prescott’s close friend Micket Altieri was the killer in Scream 2, followed by Sidney’s half-brother Roman Bridger in Scream 3, and Sidney’s cousin Jill Roberts in Scream 4. It is now confirmed that once again the prime protagonist of the film is going to face a deadly betrayal from someone they already know and blindly trust.

But, as mentioned above, the details of Scream 5’s plot are being guarded fiercely, especially the identity of Ghostface. Director Tyler Gillett recently shared in a chat with Entertainment Weekly that to keep the killer’s identity a secret and ensure that it is not leaked before the film lands in theaters, they even withheld the information from the cast of the film initially. During the initial phases of the production, the moments in the script which would reveal the face behind the mask were kept from other actors until it became absolutely necessary to share the big secret with them.

So far, no major plot points from the upcoming Scream are known apart from the fact that it will be like a soft reboot that will see characters from past installments but also introduce new faces that will carry forward the franchise in future films. This means that Scream is a sequel to Scream 4 and will continue the central theme with new characters aided by the likes of Neve Campbell’s Sidney Prescott and Courtney Cox’s reporter Gale Weathers. David Arquette, who is also reprising his fan-favorite character of Dewey Riley, has also shared a tiny tidbit of information about his character in Scream in the chat with EW. He has revealed that the upcoming film will see the return of the limp that Dewey has had in all the installments, though the character temporarily ditched it in the fourth Scream.

Apart from Arquette, Cox, and Campbell, Marley Shelton and Roger L. Jackson are also returning to reprise their respective characters from the past Scream films. They will be joined by newcomers like Melissa Barrera, Jack Quaid, Jenna Ortega, Mason Gooding, Mikey Madison, Sonia Ben Ammar, Jasmin Savoy Brown, Dylan Minnette, and Kyle Gallner. The film is directed by Matt Bettinelli-Olpin and Tyler Gillett, based on a screenplay by James Vanderbilt and Guy Busick. James Vanderbilt, Chad Villella, Paul Neinstein, and William Sherak are on board as producers with original screenwriter Kevin Williamson serving as an executive producer. The film is currently scheduled to open across theaters on January 14, 2022. 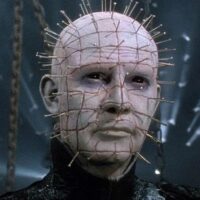 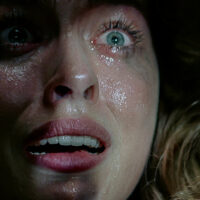