SPOILER ALERT! The original final scene for The Walking Dead series finale, which featured a flash-forward to a grown Judith and R.J., was scrapped in favor of a Rick and Michonne cameo.

A new report from The Insider drops a bombshell of sorts about The Walking Dead series finale: the original ending was scrapped in favor of a cameo from Rick Grimes (Andrew Lincoln) and Michonne (Danai Gurira). After 11 seasons and 177 episodes, the series came to an end on November 20th with a finale that saw the leaders of the Commonwealth fall and the return of the fan-favorite characters to tease their spinoff series. However, an inside source on the show revealed to The Insider that the final scene would have featured a flash-forward that sees Judith and R.J., the children of Rick and Michonne, continuing the effort to gather survivors in an apocalyptic world.

The scene featuring Rick and Michonne was actually a late add, filmed this past August, months after principal photography on the finale wrapped. The cameo forced producers to cut the already-completed original final scene, an edit confirmed by executive producer Greg Nicotero.

The final scene, which is a flash-forward of at least a decade, would have come just after we see Daryl Dixon (Norman Reedus) ride away on his motorcycle and into a spinoff series of his own. Viewers would have then seen an adult Judith and R.J. (played by unidentified actors) on the Freedom Parkway outside Atlanta, recreating the same shot from the premiere episode. Echoing Rick’s past actions, they are seen in an ethanol-powered van talking on a radio, calling out to potential survivors.

Adult versions of the other kids featured in the finale – Coco and Gracie most notably – are there as well, and R.J. says into his radio “If you can hear me, answer back. This is Rick Grimes,” the same line Andrew Lincoln says in the first episode. The scene ends with a potential survivor answering back, leaving a glimmer of hope that the survivors of the world are indeed uniting to survive.

While it is a poignant ending, the original ending isn’t as powerful as seeing Rick and Michonne again, even though the duo don’t actually reunite on-screen or with their families back at the Commonwealth and Alexandria.

Based on fan reaction to the finale online, fans were decidedly split in their opinions. While many enjoyed the episode as a whole, particularly the tribute to the former cast members, there was disappointment that the finale lacked any actual finality. Some critics pointed out that the ending merely served as a tease, or even a trailer, to even more The Walking Dead spinoffs, and felt the finale deserved better closure after 11 seasons.

The report even raises the idea that producers actually planned to end the series without an appearance by Rick and Michonne, which would have caused a riot by fans. It’s hard to imagine an ending without them, and it also doesn’t make much sense, considering both Lincoln and Gurira had already signed on for the spinoff, they would have likely been available to appear in the finale.

Another reason for the deleted ending may be due to the “universe-building” mindset of Walking Dead producers. Should they decide to revisit the Judith and R.J. characters for a future spinoff, they likely did not want to paint themselves into a corner by having other, older actors appearing in those roles. 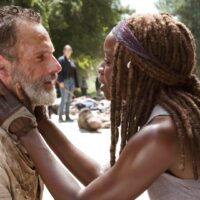 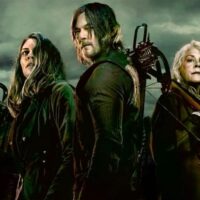 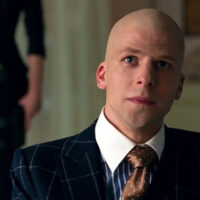