The 2017 black comedy Rough Night, starring Scarlett Johansson, is in the top ten of Amazon Freevee's most watched movies.

Even before she became the Black Widow of the Marvel Cinematic Universe, Scarlett Johansson wasn’t known for her comedic roles but now one of those films is making some headway on the streaming charts. The 2017 black comedy Rough Night is in Amazon Freevee‘s top ten list of most watched movies according to FlixPatrol. It’s a good thing too because it’s one of the first wins the movie has experienced so far.

Rough Night was advertised as a kind of all-woman answer to The Hangover. Four friends who bonded during their first year in college get together right before the wedding of Jess (Scarlett Johansson) for a wild night of partying in Miami. Unfortunately things get a lot wilder than expected when they hire a male stripper who is unintentionally killed when Alice (Jillian Bell) jumps on his lap–knocking him back and causing him to hit his head. A bunch of insane attempts to cover up the killing and dispose of the body unfold, along with some unexpected revelations about the stripper.

The trailer of the Scarlett Johansson-led flick revealed the death scene of the stripper and its comedic tone wound up inspiring calls for boycotts before the comedy hit theaters. As reported by Vocativ at the time, sex workers and sex work advocacy groups took issue with the notion of treating the violent death of a sex worker–and the attempts to cover up the death–in a light, comedic fashion. Violence against sex workers, they argued, was a serious issue and Rough Night‘s handling of it was more confirmation that people in the “oldest” profession were seen as disposable.

On the other hand, after the release of the Rough Night, Scarlett Johansson, her co-stars, and the filmmakers were praised for the surprisingly positive LGBTQ representation in the flick. In particular, critics like those from Vulture wrote that in 2017, the relationship between Blair (Zoë Kravitz) and Frankie (Ilana Glazer) was an “anomaly.” The two are a couple in college; in the present they’ve gone their separate ways but still seem to be circling each other amidst the craziness of the film.

Vulture and others gave Rough Night credit for giving these characters the spotlight in spite of most similar features only including, as Vulture’s Trish Bendix writes, “one LGBTQ sidekick, or a token same-sex couple on the margins.” However Scarlett Johansson and the rest of Rough Night‘s creators took the praise, there was likely at least some bittersweetness to it, because it’s just about the only praise the comedy enjoyed.

As evidenced by Rough Night‘s critics score of 45% on Rotten Tomatoes, reviewers did not like the rare Scarlett Johansson comedy. In case you’re wondering if this is a case of those snooty reviewers not unclenching enough to enjoy a crowd-pleaser, the audience score of 29% is even more damning.

Regardless of calls for boycotts from sex workers or praise from LGBTQ advocates, for the most part people just didn’t think Rough Night was a particularly good movie. Critics praise some of the individual performances by Scarlett Johansson and others, but for the most part felt it had all the talent necessary for a worthy successor to The Hangover or Bachelorette, but with none of the soul. For a black comedy, no one found it particularly funny.

Well, to be fair, while no one found it very funny, that’s only out of the few people who actually saw it. Rough Night took in a worldwide gross of $47.3 million, against a production budget of $20 million and another $35 million spent on marketing.

Scarlett Johansson hasn’t been in a lot of prominent live-action roles since appearing in her signature role as Natasha Romanoff one last time in last year’s Black Widow, but that should change before the year is up. The Lost in Translation star will be one of the massive cast in Wes Anderson’s upcoming ensemble romantic dramedy Asteroid City. The cast includes Tilda Swinton, Tom Hanks, Adrien Brody, Bryan Cranston, Jason Schwartzman, Matt Dillon, Maya Hawke, Willem Dafoe, and many more big names. 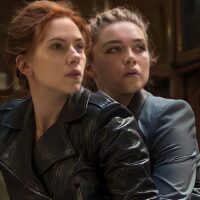 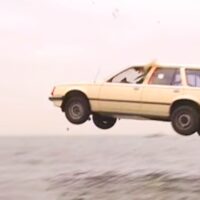