The legal battle between Scarlett Johansson, her team, and Disney has yet to cease as the Black Widow star insists upon receiving the compensation that was deprived of her overall payout. The actress’s lawsuit sparked upset as industry figures and the general public spoke up in Scarlett Johansson’s defense, favoring that she should rightfully claim the missing millions from the Black Widow distribution revenue outside of box offices. The swelling backlash against Disney’s decision to withhold the rest of the earnings caused Disney CEO Bob Chapek to re-evaluate how the studio signs its talent.

The commotion first picked up after Scarlett Johansson filed a lawsuit against Disney in the wake of Black Widow – which arrived between six to seven years too late – claimed that the duel-distribution model of Black Widow breached her contract with Disney. The lawsuit alleges that Disney used the multiplatform means of releasing Black Widow both in theaters and through Disney+ was to boost user subscriptions while cutting back on box office bonuses, per The Indian Express.

Scarlett Johansson alleged that she lost $50 million in box office incentives due to the studio promoting the superheroine standalone on the streaming service. If Black Widow was to have its purely theatrical release, which was intended upon before a series of delays occurred, then she would have been granted her extra wages without having to resort to the use of law in order to collect her bonuses. As of September 21, 2021, Black Widow grosses at an international total of $378,269,961 according to the calculations of Box Office Mojo, a subsidiary of IMDbPro. Reportedly, Disney raked in another $125 million through Disney+, and digital earnings were not explicit in any contract.

Chapek briefly touched on the topic of the current clash with Scarlett Johansson without explicitly pointing her out by name during the Goldman Sachs Communacopia Conference, instead deciding to mention deals that were cut “three or four years ago,” which would result in film releases amid the ongoing pandemic, The Hollywood Reporter writes. Disney has since countered the allegations made by Scarlett Johansson’s legal assertions, and in their retaliation, presented that they screened Black Widow on 9,000 silver screens throughout the United States. They backed their defense by saying that Black Widow has outgrossed other Marvel Studios movies.

Chapek defended the studio’s talent payment strategy while saying that he believes that talent, such as Scarlet Johansson, is the most valuable asset to the company.  “As we always have, we will compensate them fairly, per the terms of the contracts that they agreed to us with,” the CEO said. Without providing any specifics, the CEO connoted that there’s a plan to adapt to the changing environment when writing contracts pertaining to how Disney releases new media moving forward.

The attack on Scarlett Johansson has been deemed as “misogynistic” by lawyer John Berlinski, who has served as the main lawyer speaking on the entertainer’s behalf during the events of the legal endeavor. Amid the developing proceedings, fellow Marvel star Elizabeth Olsen voiced her support for Scarlett Johansson and is one of few to do so. There has been no conclusion reached as the legal action, and there’s no clear end in sight as to how Disney and Scarlett Johansson may dissolve their dispute. If there’s one outcome, it’s that Disney is going to rethink how they sign their talent, and how they treat them in the midst of a changing era in entertainment. 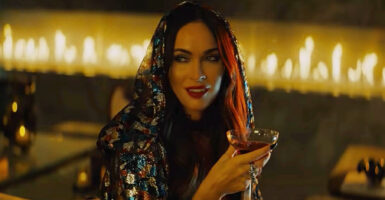 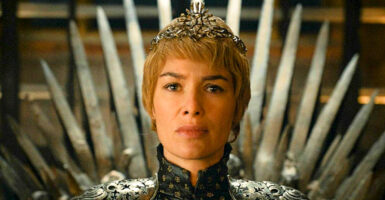