Universal first announced that the studio was working on a new version of Scarface back in 2011, and since then, the project has lost multiple writers, directors, and actors. Yet despite all this uncertainty, Universal hasn’t given up on this new Scarface, with the project finally looking like it is coming together, and with an impressive crew. As to who will star in this latest version of the gangster story, many have predicted Michael B. Jordan is at the top of the list, and a new rumor confirms that Jordan is still a top contender for the part.

We Got This Covered is reporting that gossip entertainment writer Daniel Richtman claims Michael B. Jordan is in talks to take on the lead role. While Richtman doesn’t state any proof behind this claim, Jordan has long been a rumored choice for the film. Again, it’s not clear what evidence there has been to support either claim of Jordan for this role, but it’s a rumor that has remained strong throughout 2020.

This would be the third take on Scarface, each completely unique from the last. The 1932 Howard Hawks-directed version starring Paul Muni followed Chicago gangster Antonio “Tony” Camonte. 1983’s Brian De Palma version starring Al Pacino as Cuban refugee Tony Montana and was set in Miami. While this latest Scarface that might star Michael B. Jordan doesn’t have many details yet, it does seem likely the film will take some of the gangster elements, while telling a wholly new story.

While there are always some reservations from fans about a new Scarface film, this latest one with Michael B. Jordan has an impressive team working on it that should alleviate any fears. Earlier this year, Luca Guadagnino was announced to direct the new Scarface. Most recently, Guadagnino directed all episodes of the critically-acclaimed HBO series We Are Who We Are, the 2018 remake of Suspiria, and the Oscar-nominated film Call Me by Your Name.

Maybe even more interesting than Michael B. Jordan and Luca Guadagnino’s involvement is that Joel and Ethan Coen are working on the most recent version of the script. Joel and Ethan Coen’s most recent films together as directors have included 2013’s Inside Llewyn Davis, 2016’s Hail, Caesar!, and their most recent, 2018’s The Ballad of Buster Scruggs. Even though the brothers usually work together, Joel Coen is currently in post-production on his solo project Macbeth, which he wrote and directed.

Even though the Coens usually direct their own scripts, they’ve started to write for others in recent years. In the past decade, the Coens have written George Clooney’s Suburbicon, Steven Spielberg’s Bridge of Spies, Angelina Jolie’s Unbroken, and 2012’s Gambit. The Coens have a history with gangster films, such as Miller’s Crossing, so it will be interesting to see what they do with the Michael B. Jordan take on Scarface.

With Luca Guadagnino, the Coen brothers, and possibly Michael B. Jordan uniting for a new Scarface, this could be one of the most fascinating versions of this story that we’ve seen on the screen so far. 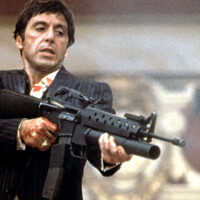 Quentin Tarantino Turning One Of His Movies Into Something Else 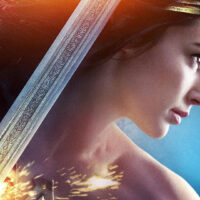 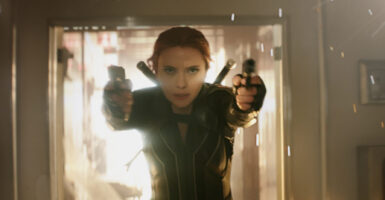 Exclusive: Scarlett Johansson Will Return As Natasha After Black Widow