When Robert Pattinson finally hits the big screen as the Caped Crusader in The Batman, it is set to open up and unlock an entirely new universe of DC characters, both heroes and villains alike. With a total reset and reboot for the world of Gotham City and beyond, we could be in store for new movies and characters for years to come. Among many other developments in this new world, we might have some confirmation on a Giant Freakin Robot exclusive that Scarecrow could be getting his own solo movie. The rumor comes from Reddit, but points to the possibility that this solo flick is in the works.

The Reddit comment regarding Scarecrow comes from user @SpideyForever245 who has had some scoops in the past. While often throwing out a bunch of info regarding the comic book movie universe, there have been some nuggets in the past as well. In this latest one, the comment comes in a thread with potential spoilers from the new Robert Pattinson version of Batman and what potential plans are down the line. In response, SpideyForever245 says that Matt Reeves wants to introduce a new version of Scarecrow along the lines of the other villains he’s developed for this next film.

While a Reddit comment is a far cry from actual news around a Scarecrow solo movie coming down the pike, it does stand to reason that this character will work his way into the mix and into the Robert Pattinson Batman orbit sooner than later. With The Batman throwing all manner of adversaries his way just in this first movie, there’s still room to continue with other villains as well. This next movie is going to feature Paul Dano as Edward Nashton/ The Riddler, Colin Farrell as Oswald Cobblepot/ The Penguin, Zoe Kravitz as Selena Kyle/ Catwoman, and John Turturro as Carmine Falcone.

Where Scarecrow would fit into a new movie remains to be seen, but we do know The Batman will be the launching pad for an entire franchise for the Robert Pattinson version. The Giant Freakin Robot original scoop had been that Scarecrow was going to get a standalone film a la Todd Phillips’ The Joker starring Joaquin Phoenix. If the Matt Reeves universe is going to be heavy on the villains, and they’ve already signaled that’s going to be the case, then developing a standalone movie about the character could be a new angle to work into the mix.

As far as Scarecrow is concerned, we have some time before we figure out just if/ how he works into the Robert Pattinson universe for Batman. But we’ve definitely seen the character in different versions before. Cillian Murphy famously portrayed him in the Dark Knight Trilogy even if the last film was merely a cameo. And we’ve also seen versions of Scarecrow in Gotham and he’ll be featured in the upcoming season of HBO Max’s Titans.

With or without the Scarecrow, Robert Pattinson is set to hit the big screen in The Batman in a little less than a year on March 4, 2022. It’s an exciting time for a new look at the universe and all the villains in his orbit.

Exclusive: Robert Pattinson’s Batman Is Getting A Superman 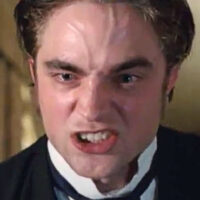 Trouble On Robert Pattinson’s The Batman, Why He Stormed Off The Set?