Saturday Night Live often uses sketches to create spin-off films and shows. However, one of those shows has sadly been canceled.

The Warner Bros. Discovery merger has claimed another cancellation victim, as the TBS series Chad from Saturday Night Live’s Nasim Pedrad won’t be airing its second season on the network. However, fans of the show can hold out some hope, as the series is reportedly looking for a new home with the new leadership at TBS looking to help. If Chad finds a new home for its second season, it’s possible that we could get more seasons of the show in the future.

Hopefully, it won’t take too long for Chad to find somewhere to land. It seems like a slam dunk for whoever decides to pick it up. The Nasim Pedrad-led series was met with warm critical reception for the first season, so there should already be an audience built-in. Chad is a coming-of-age series that stars Pedrad as teen boy Chad Amani. The comedy series has been praised for its authentic representation of immigrant life in America and life for Middle Eastern Americans. The second season was originally planned to premiere on TBS in April, but the Warner and Discovery merger put those plans on hold. The premiere date was then moved to July, but it was ultimately scrapped. With the second season fully ready to go, Pedrad and her team just need to find somewhere to air it.

Chad‘s second season will pick up during Chad’s sophomore year, with Chad coming into his new role as class President. The season will see Chad dealing with a scandal that ends his presidency, finding a new love interest, and getting a visit from his Iranian grandmother. In addition to Nasim Pedrad, the show stars Jake Ryan, Paul Chahidi, Saba Homayoon, Ella Mika, Alexa Loo, Thomas Barbusca, and Sara Malal Rowe. Pedrad and Max Searle are co-showrunners on the series as well as executive producers.

Nasim Pedrad’s Chad is far from the only series to not survive the Warner Bros. Discovery merger and restructuring. CEO David Zaslav has been looking at the WarnerMedia assets and making decisions that have led to a lot of cancellations. With the company looking to reduce their focus on scripted series for TBS and sister channel TNT, shows like Kill the Orange Bear and The Big D have met early demises before they could even premiere one episode. TNT’s last remaining scripted series Snowpiercer was also announced to be finished after its upcoming fourth season. Many shows on the Warner-owned CW have met similar fates, with fan-favorites like Batwoman and Legends of Tomorrow getting the ax with no plans to move them to other platforms.

The good news for Chad is that Saturday Night Live’s Nasim Pedrad has a lot of passion behind the project and it seems like the execs at TBS are trying to set her up with a buyer. With the critical and commercial success of Chad, it’s hard to imagine that some savvy network wouldn’t pick it up, especially since the second season has already been filmed, edited, and paid for. It definitely seems like a natural fit for streaming giants like Hulu, Netflix, and other streaming giants, but we’ll just have to wait and see. 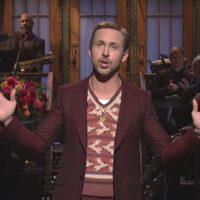 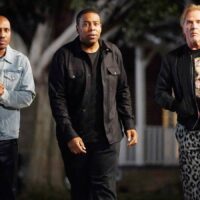 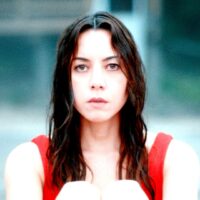