Sasha Calle’s Supergirl Has A Very Dark Past?

Sasha Calle is ditching Supergirl’s fish-out-of-water origins for a horrific backstory on metahuman experimentation, says insider Daniel Richtman in his latest about the upcoming Flash movie. Her Supergirl isn’t just edgier and more somber; hers is reportedly a “darker” take on the mantle and will allegedly be “tortured” while in captivity in Ezra Miller’s alternate Flashpoint storyline.

For those still unaware, Sasha Calle as Supergirl diverges significantly from Melissa Benoist’s version because they are portraying two different iterations of Supergirl. The CW Supergirl is Kara Zor-El, Superman’s cousin; the DC Extended Universe Supergirl making her debut in Andy Muschietti’s The Flash is Lara Lane-Kent, Clark Kent and Lois Lane’s daughter from the Injustice universe. Kara is a blonde and dons the classic skirt ensemble, while Lara is a brunette with short-cropped hair, wearing the iconic red-and-blue tights characteristic of her father. A recent Giant Freakin Robot exclusive maintains Calle’s Supergirl is from Michael Keaton’s timeline, but it’s difficult to ascertain anything with details constantly changing. The film would have to fundamentally retcon the Tim Burton universe to justify mixing in select elements of Injustice. Reports have been conflicting. It’s either Burton or Injustice. Or is Keaton’s Earth the Injustice universe in disguise? The prequel comics by Tom Taylor and Brian Buccellato never really specified Injustice Batman’s origins, so again, it could be anything.

In the original Flashpoint comics by Geoff Johns and Andy Kubert, Superman (and his kind) is conspicuously absent. His fate is deliberately left ambiguous until the third issue; Cyborg, who has replaced the Man of Steel as the planet’s greatest defender, leads Barry Allen and Thomas Wayne’s Batman to a top-secret underground facility housing a frail, timid young man: the alien Kal-El.

This example is what could prompt the new Sasha Calle version. The hero known across the multiverse as Superman was raised in a containment cell after his pod crash-landed in Metropolis instead of neighboring Smallville. Never having met Jonathan and Martha Kent, the infant Kryptonian was immediately captured by the United States government and experimented on like a lab rat. His prison is powered by a red sun, keeping him in a perpetually weakened and vegetative state. The result is an emaciated, broken shell of the god he could have become. Having never stepped out into the sunlight before, or met a human under normal circumstances, this Kal-El suffers from crippling post-traumatic stress disorder, and is childlike, socially reclusive, and terrified beyond compare. A nervous wreck, this version of our beloved red-and-blue Boy Scout is upsetting to behold. Until 2011, when the issue was released, fans had never seen their favorite superhero in such a lamentable state. Based on reports, Sasha Calle as Supergirl will likely be taking on Flashpoint Superman’s years of torment in the absence of her beleaguered father. The description for her Supergirl matches alternate-universe Kal’s 24-hour torture schedule to a distressing tee.

The bigger question is, what does this change about Barry Allen’s Flashpoint in the overall context of the comic books? If the Sasha Calle version of Supergirl is indeed Superman’s grown-up daughter from the Injustice timeline, does this imply Flashpoint will be taking place in Clark Kent’s One Earth regime? If so, what are the circumstances of Lara Lane-Kent’s impoundment? Was she incarcerated by her own father for joining Batman’s resistance, similar to Kara Zor-El in the second Injustice game? It’s more likely, however, that she hails from the proto-Injustice reality where Lois Lane was never murdered by the Joker and survived only to give birth to her only child. Clark Kent wasn’t a power-hungry tyrant in that version of Injustice, and lived to see Lara watch over humanity by his side as the second Supergirl. That wouldn’t be the Sasha Calle version.

So if the rumors about Sasha Calle as Supergirl are true, then Ezra Miller’s Flashpoint isn’t the temporal displacement we’re used to from the comics. Instead of going back in time and creating a branch reality, the DCEU Flashpoint will involve several universes mashing together, in multiversal chaos more similar to the Crisis on Infinite Earths storyline. Disparate parts of each reality will likely converge into a new whole, synthesizing (and personalizing) Ezra Miller’s attempts at altering his past into a working Flashpoint.

This would easily explain the existence of two Batmen in the same universe; Michael Keaton’s Bruce Wayne originated from Tim Burton’s Earth, while Ben Affleck’s was derived from Zack Snyder’s. Sasha Calle as the Injustice Supergirl is just another remnant from a different Earth. When Flashpoint was resolved, only a handful of these intruders remained — which explains why recent set photos allude to Keaton’s Bruce Wayne replacing Affleck’s as the Prime Universe’s Batman. This Sasha Calle Supergirl likely arrived in Flashpoint Earth as an adult in place of her infant father, only to be detained by authorities and experimented on. She will probably be broken out of her cell by Allen and either Batman around the tail end of the film, just like Flashpoint Superman.

Ezra Miller’s upcoming Flash movie is turning out infinitely more layered than it appears, the Sasha Calle example being a case in point. It’s the long-awaited wildcard and could either be completely brilliant or a total flub. Revolving the plot around Flashpoint wasn’t the studio cop-out fans suspected. Rather than restrict events by sticking to a story everyone already knows, it takes advantage of the precepts of time travel to mess up the multiverse (over simply changing the timestream), thereby making the narrative more unpredictable. A flashpoint is a reboot, plain and simple. And the possibilities that it creates are as creative as they are (ultimately) inexhaustible. When every single iteration of DC comics exists in one film, it changes the game entirely. The Flash has become a variant of its own. The film comes out on November 4, 2022. 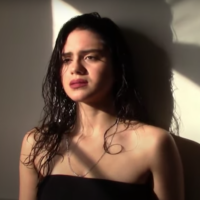 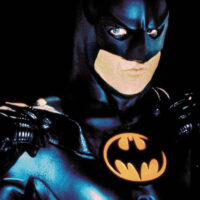