When you have had an acting career as long and varied as Sandra Bullock has, there’s no guarantee every major film will be a hit. There are, undoubtedly, projects that slip the net, meet the light of day, and despite the best intentions, fall well and truly flat. Sandra Bullock has one such movie, which she disclosed to TooFab recently whilst promoting her new movie, The Lost City with co-star Daniel Radcliffe.

It may not come as a shock to many that the film that Sandra Bullock cites as one she would rather forget having been involved with is none other than Speed 2: Cruise Control. The Oscar-winning actress revealed all when TooFab asked both her and Radcliffe what film they were initially embarrassed about, but came round upon discovering fans adored the movie. Daniel Radcliffe bizarrely stated Harry Potter as his film of choice, stating that; “I think honestly, when I was on Harry Potter and dressed as a school boy, it didn’t feel like the coolest thing in the world at the time,” admitted Radcliffe. “It’s been, honestly, later that I’ve looked back and gone, ‘That was incredibly cool,’ and I do feel that now, for sure.”

While it may seem odd that Daniel Radcliffe didn’t find pretending to be a wizard a cool thing to do, it is no surprise that Sandra Bullock doesn’t hold Speed 2: Cruise Control in high esteem. The Lost City star doesn’t recall the film fondly, saying; “You stumped me with the fans coming around later on [part of the question] – I have one no one came around to and I’m still embarrassed I was in. It’s called Speed 2. I’ve been very vocal about it. Makes no sense. Slow boat. Slowly going towards an island.”

Speed 2: Cruise Control is the 1997 sequel to Speed, which starred Keanu Reeves as a cop desperately trying to thwart a terrorist who has rigged a public bus with explosives that will go off if the vehicle dips below fifty miles an hour. Reeves enlists the help of passenger Annie (Sandra Bullock) to help save the day. It’s enthralling, captivating, and everything you’d expect from a Keanu Reeves film. Reeves does not feature in the sequel, which follows Sandra Bullock’s Annie as she is whisked away on a cruise ship by her cop boyfriend, which then gets hijacked by deranged passenger John Geiger (Willem Dafoe). Or as Bullock summed it up, “slow boat, slowly going towards an island.”

Is Sandra Bullock right to be embarrassed by Speed 2? The general consensus would say yes. The film has one of the lowest Rotten Tomatoes Critic ratings with a paltry four percent based upon 73 reviews. Audiences didn’t take too kindly to it either, with the audience score standing at a measly 16 percent, off the back of over 100,000 ratings. This poor rating is reflected in the film’s box office return, reportedly grossing just over $4 million more than its $160 million budget.

It would seem that Keanu Reeves jumped ship at just the right time. His time sharing the screen with Sandra Bullock reaped far better results. A Rotten Tomatoes critics score of 94 percent and an audience rating of 76 percent. A much better result and undoubtedly the more beloved of the two Speed movies. One notable part of the first installment of the Speed franchise is the clear on-screen chemistry between Keanu Reeves and Sandra Bullock, with both actors innocently revealing years down the line that they had a crush on one another at the time of filming. Crushes aside, Sandra Bullock will be hoping that The Lost City doesn’t flirt dangerously with critics like Speed 2 before it when it hits cinemas on March 25. 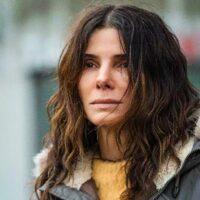