Netflix’s horror films have become increasingly popular, drawing many new subscribers to the streaming service. None were so popular as the 2018 film Bird Box. Sandra Bullock brought amazing star power to the film and it is no surprise that the story didn’t end there. Deadline revealed that Bird Box would be getting a spin-off film. Now, the project has announced they are making progress casting their new Bird Box spinoff, which is fully underway.

There is no word that Sandra Bullock will be returning to the Bird Box franchise. This instead is specifically a spin-off film and not a direct sequel as it is part of Netflix’s foreign-language films. The film is set in Barcelona and will feature Spanish-speaking characters, unlike the original film. The cast is set to include Mario Casas, Georgina Campbell, Diego Calva, Alejandra Howard and many others.

The original Sandra Bullock vehicle takes place in a world where society has collapsed due to a mysterious entity. Reminiscent of M. Night Shyamalan’s The Happening, Bird Box’s antagonist drives characters to their own deaths. Unlike The Happening, the entity can’t take control of you if you are blindfolded. Sandra Bullock’s character Malorie is the caregiver for two children and must usher them to safety across treacherous waters in a boat. Raising children is hard enough, but Malorie also must contend with training children not to take off their blindfolds or listen to any auditory hallucinations. Bird Box also utilizes the clever device of flashbacks to demonstrate how Malorie first encountered the entity and was driven to flee with the children.

The Sandra Bullock spin-off seems to be taking a similar approach with its new story in Barcelona. The film will follow a father and daughter in harrowing circumstances. Deadline reports in their synopsis, “After a mysterious force decimates the world’s population by causing all who see it to take their lives, Sebastian and his young daughter Anna must navigate their own journey of survival through the desolate streets of Barcelona.”

The Sandra Bullock spin-off reportedly will demonstrate the struggle of encountering other survivors in the apocalypse. This is a common thread that is found in many post-apocalyptic stories. The Walking Dead grew popular because of this specific theme. The show is finally ending after 11 seasons but continues to demonstrate paranoia and distrust. Rick and his cohorts often would encounter other groups of survivors that they found were untrustworthy.

Sandra Bullock’s Bird Box is also often compared to the horror franchise A Quiet Place. Directed by John Krasinski, A Quiet Place encounters similar creatures who instead target people who make noise. A Quiet Place Part II offers questions of what to do when finding survivors during an apocalypse. But unlike The Walking Dead, A Quiet Place posits that humanity is inherently good. The characters help each other, especially in life or death situations.

The Sandra Bullock film seemed to be a mix of the two. Malorie wanted to trust those around her and ultimately fell in love with another survivor. But even so, she reaps the consequences when most of her group is killed by the entity. She must raise both her child and the child of another woman on her own and attempt to find a haven from the creatures.

Post-apocalyptic films are all the rage and there is no question as to why. Sandra Bullock’s Bird Box resonates with viewers and Netflix is ready to release the next chapter with their new project in the same world. 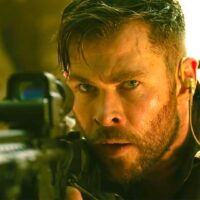