Getting burned in the past far too many times, Sandra Bullock is known for laughing in the face of sequel pitches. But when it comes to the notion of a follow up to her wildly popular 2018 hit Bird Box, she apparently has a blind spot (pun not intended, but absolutely embraced). Giant Freakin Robot’s trusted and proven source has let us in on the news that Sandra Bullock is officially on board for Bird Box 2. Along with a sequel movie, a spin-off series set in the same post-apocalyptic narrative is in the works.

To be clear — while Sandra Bullock will reprise the role of Malorie in Bird Box 2, our source tells us she likely will have little or nothing to do with the Bird Box spin-off series. Considering the post-apocalyptic setting, the potential for spin-offs is clear. When you consider, for example, The Walking Dead, its current and concluded spin-offs — Fear the Walking Dead and The Walking Dead: The World Beyond — and upcoming spin-offs like Tales of the Walking Dead, Isle of the Dead, and the untitled Norman Reedus-led spin-off; it’s clear that post-apocalypse is to franchises what water is to Mogwai.

In late 2018, Netflix subscribers turned on their various apps to find an unexpected sight: a blindfolded and bedraggled Sandra Bullock in a film called Bird Box, which in turn looked like it was about as far from Miss Congeniality as you could get. The post-apocalyptic horror thriller finds Bullock playing Malorie, a woman trying to navigate a nearly dead world ravaged by creatures who can force those who see them to kill themselves. While critics weren’t particularly kind to the flick — giving it a not horrible but not great 64% critics score on Rotten Tomatoes — Netflix subscribers watched the holy hell out of it. Subscribers logged over 282 million hours of viewing within 28 days of the film’s release, making it the most watched movie on Netflix ever. It kept the record for three years, until it was unseated by Red Notice in 2021.

Our source wasn’t able to provide details of what Sandra Bullock will be facing in Bird Box 2, but the source material could offer some clues. Bird Box was based on the 2014 novel of the same name by Josh Malerman, and in 2020 his sequel novel Malorie was published. The sequel novel opens two years after the conclusion of its predecessor, with the deadly entities evolving to find new ways to slaughter their prey. 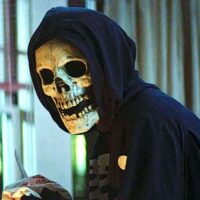 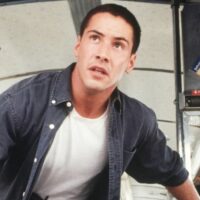