Samuel L. Jackson is as much a staple of the Marvel Cinematic Universe as any other actor out there which is really saying something because he’s never headlined his own film in the franchise. Instead, he’s just been a key player throughout nearly the entirety of the MCU’s run tying together storylines, making drop-by appearances, and even taking a larger part in some of the main arcs. Well now, according to We Got This Covered, there is no slowing down for Nick Fury and it looks like he’s going to have a role in Captain America 4 when that film finally hits the big screen.

Though it’s merely a rumor at this point that Samuel L. Jackson would appear in Captain America 4, it also makes all the sense in the world. Now that Anthony Mackie’s Sam Wilson has officially donned the red, white, and blue and picked up the Shield (capital “S”) for the time being, it makes sense that we’d have Fury maybe around to do some of the extra onboarding that comes with such a bigger role in the universe. We already saw that once with Captain America: The Winter Solider when Jackson survived an assassination (one of the MCU’s best mini-scenes) long enough to really show Steve Rogers what this world was all about.

Having Samuel L. Jackson as part of Captain America 4 could take a number of different avenues. It might be as simple as an introduction to some of the deeper levels of S.H.I.E.L.D. now that Wilson is fully in the role. Or it could be just to come around as a cameo to let everyone know that Fury still kind of runs this joint. That’s the great thing about how the Marvel Cinematic Universe has used Nick Fury throughout. His relative omnipresence can work itself into almost any story the universe has to offer.

Before Samuel L. Jackson was to get into the Captain America 4 action, we do know there’s plenty in store for Nick Fury before then. For starters, there’s going to be Secret Invasion which could end up being for Marvel’s Phase Four what Endgame was for Phase Three. It’s set to be a massive crossover limited series on Disney+ that follows the Secret Wars storyline from the comics. It details a Krull invasion of Earth in which the shapeshifters take on the likenesses of world leaders but also some of the more popular heroes. It will reportedly feature a ton of MCU characters, though not everyone might be who they seem.

But lest you think Samuel L. Jackson is just pulling off Marvel stuff these days, think again. He’s got a bunch of other projects in the timeline with The Hitman’s Wife’s Bodyguard set to release this summer on June 16th. That will reprise his role from the original along with Ryan Reynolds and Salma Hayek. He’s also starring in another action film, The Protege with Michael Keaton, Maggie Q, and Robert Patrick which is post-production now. 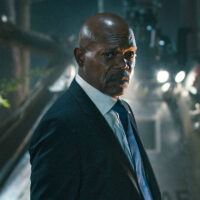 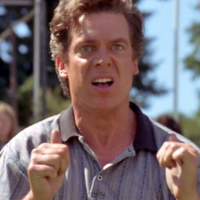