Jurnee Smollett knows how to pick a good project. Over the last few years, the actress has appeared in hits including HBO’s series Lovecraft Country and can currently be spotted in Netflix’s psychological thriller, Spiderhead. To say her talent has landed her some excellent projects would be an understatement, but even the brightest star gets a little nervous sometimes and that’s exactly what happened to Smollett when she was cast in Birds of Prey. In the Harley Quinn centered DC production, Smollett plays the role of the butt kicking Black Canary, something that she described as both “an honor” and being “tough.” For advice on how to proceed, she phoned up one of her pals and peers, Samuel L Jackson.

Samuel L Jackson has been in the movie biz for a long time and has held down the role of Nick Fury in the Marvel Cinematic Universe for over a decade, making him the man to tell it like it is. Not to mention, he’s one of the biggest action stars of the time, appearing in a slew of high octane flicks from Pulp Fiction to the Star Wars franchise, Unbreakable, and more. So when Smollett hit up her friend for some helpful words on how to properly conquer the role of Black Canary what did Jackson say? The exact quote that Smollett gave during her interview with The Hollywood Reporter was, “Baby, just go and piss on your territory.”

The man, the myth, the legend. Truly such an incredible response, further solidifying Samuel L. Jackson as one of the most badass actors in all of Hollywood. It also further ties him to his character from Pulp Fiction, Jules, who tried his hand at diffusing a death defying situation by saying “Bitch be cool.” It’s with this chilled out attitude that it makes all the sense to turn to the Django Unchained actor in times of performance doubt and uncertainty.

A long running member of the MCU, Samuel L. Jackson made his debut as the director of S.H.I.E.L.D. Nick Fury in 2008’s Iron Man. Since then, he’s appeared in a bunch of the comic book turned film franchise productions over the years from Iron Man 2 to Captain America: The First Avenger and Captain Marvel. It was even Nick Fury’s plot point in 2012’s The Avengers to be the one to first assemble the superhero group. In short, he’s a pretty darn important member of the franchise and a great dude to have on your side when you’re dipping your toe into the world of superhero movies, even if it is the rival universe.

And with Samuel L Jackson’s advice paired with her incredible talent, Jurnee Smollett was able to step into the role of the beloved character and do right by the fans. She credits her conversation with Jackson along with her proper research of the character’s place in the DCEU to be the reason for such a successful performance as Black Canary. We could all use a Samuel L Jackson mentor in our lives. Someone who’s not afraid to gas us up and tell us to get the job done while making it our own. 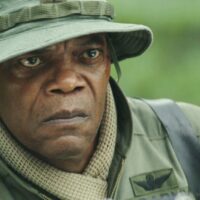 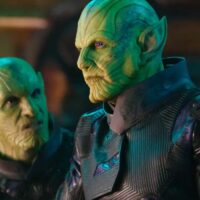 Marvel’s Secret Invasion Has To Reshoot Because Of Russia-Ukraine War? 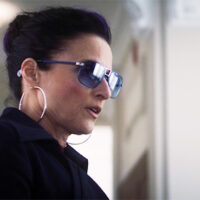