House of Gucci clocks in at a runtime of two hours and thirty-eight minutes. At that length, many may assume that every single idea on the table was used in the movie, but according to Lady Gaga, that isn’t the case. The movie has been doing well on the awards circuit. During a recent panel at an awards screening, Lady Gaga divulged that there was a whole other storyline in the film that no one got to see. She shared that her character (Patrizia Reggiani) and Salma Hayek’s character (Pina) developed a sexual relationship.

From how Lady Gaga tells it, it sounds like the relationship was her own idea. In the film, Pina is Patrizia’s psychic, who she uses to help her make decisions. Apparently, if Lady Gaga had her way, things would have gone a step further after the death of Patrizia’s husband. She adds that maybe this will be something audiences can expect from a director’s cut.

In the video, the audience can be heard laughing at Lady Gaga’s big reveal, but Salma Hayek chimes in to say that they think she’s joking, but she is serious. Is she serious about the possibility of the scene being included in a director’s cut though? That actually does seem like a strong possibility based on things director Ridley Scott has said. While there are no known interviews with him discussing the sexual relationship between Pina and Patrizia, he has said that he wants to see a director’s cut of House of Gucci released. Though, he doesn’t want it to be called that. He told the ReelBlend podcast that he wants to see “long cut” versions of both House of Gucci and The Last Duel released for DVD and he sees that realistically happening.

Of course, adding in a sex scene between Salma Hayek’s Pina and Lady Gaga’s Patrizia does seem like it would change the story in some ways. It could make the audience question whether their relationship had been of a romantic nature all along. Adding in a sexual relationship between the characters could make audiences wonder if that relationship was part of the motivation for Pina and Patrizia’s actions leading up to that part of the movie. Did Patrizia hire a hitman to murder her husband in part because of her feelings for Pina? That isn’t really the story House of Gucci is telling, which is more about greed, and it might confuse the storyline some. This may be why the scene was cut from the lengthy film in the first place.

Of course, now the actors have talked about it. Audiences know it exists. If Ridley Scott did cut out the Salma Hayek and Lady Gaga sexual relationship for story purposes, they may still decide to put the deleted scene as an extra on the DVD for the extended cut. For now, all that’s known about the abandoned storyline is what Lady Gaga has said. It won’t be surprising if it’s something Ridley Scott gets asked about in interviews sometime soon. 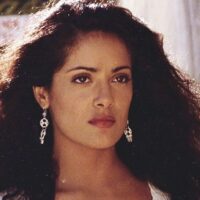 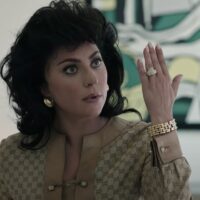