We wouldn't have guessed that.

Salma Hayek has had a long, storied Hollywood career. She’s worked with some of the best directors in the business, including Oliver Stone, Ridley Scott, and Steven Soderbergh. So, when Hayek says that you’re the best director that she’s ever worked with, it’s high praise indeed. But that’s exactly what she said about her Angelina Jolie, her director for the upcoming film Without Blood. In an interview with Deadline, Hayek said “Angelina is the best director I’ve ever worked with. I absolutely loved working with her; enjoyed every second of it.” She went on to say Jolie was a genius and that Without Blood might be her best movie yet.

Without Blood is currently keeping its plot under wraps, but it stars Salma Hayek and Demian Bichir. The film is based on the 2002 Alessandro Barrico novel of the same name, so you can likely find out more about the plot based on the synopsis of that book. The novel follows a young girl whose family is killed during wartime. When the girl grows up, she goes on a quest for revenge against her family’s killers. Jolie directs and adapts the screenplay. This will be Jolie’s fifth directorial effort, following her films In the Land of Blood and Honey, Unbroken, By the Sea, and First They Killed my Father.

While this is the first time that Salma Hayek is being directed by Angelina Jolie, it’s not the first time they worked together. The two appeared as Eternals in the 2021 Marvel blockbuster Eternals. Clearly, the two have a fruitful creative relationship. While Eternals wasn’t the best received Marvel movie from a critical standpoint, it was certainly an interesting addition to the Marvel timeline, and Hayek and Jolie both brought great performances to the table.

While we might have to wait a while to see Salma Hayek’s performance in Without Blood, she’ll be returning to one of her family-friendly roles before the end of the year. Hayek will once again be voicing Kitty Softpaws in the upcoming Puss in Boots: The Last Wish alongside the titular character voiced by Antonio Banderas. Puss in Boots: The Last Wish is the latest animated spin-off of the Shrek universe and will also star Harvey Guillen, Florence Pugh, John Mulaney, Wagner Moura, Ray Winstone, Samson Kayo, Olivia Colman, Da’Vine Joy Randolph, Anthony Mendez, and Miguel Gabriel. The movie will follow Puss in Boots as he attempts to find the Last Wish and restore his nine lives. You can hear Hayek in Puss in Boots: The Last Wish on December 21.

Without Blood isn’t the only upcoming Salma Hayek project that doesn’t have a release date at this time. Hayek will also be appearing in the upcoming Magic Mike sequel Magic Mike’s Last Dance. Channing Tatum has also been confirmed to return with Steven Soderbergh directing and a script by Reid Carolin. Stay tuned for more information on Salma Hayek’s upcoming projects. We’ll keep you updated on the latest news about Magic Mike’s Last Dance and Without Blood. Both movies are in the post-production phases, so there should be trailers and other tidbits about the projects sooner than later. 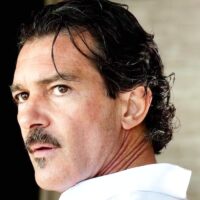 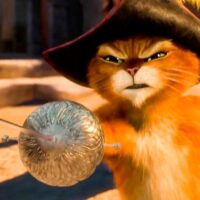 Puss In Boots Reviews Are In, Best Of The Shrek Franchise? 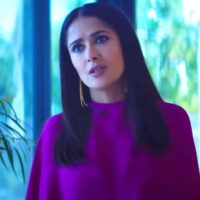