According to our trusted and proven sources, Stranger Things' Sadie Sink is the latest up and coming star to join Marvel.

At some point, every living actor (and probably some dead ones resurrected by CGI sorcery) will appear in the Marvel Cinematic Universe, whether they want it or not. According to our trusted and proven sources, Stranger Things breakout star Sadie Sink is the latest to join Marvel; there are so many roles that a young star could be playing in the upcoming Phases of the MCU, but we think we have a solid. Our prediction is that Sadie Sink will be joining the Marvel Cinematic Universe as the Thunderbolts’ Songbird, also known as the villain Screaming Mimi.

There have been a number of versions of the Thunderbolts team in Marvel Comics, but the most famous is the original that appeared in the late 1990s in the wake of the Onslaught crossover event. We speculate that Sadie Sink will play Marvel’s Songbird, a supervillain who initially masqueraded as a hero once the Avengers and Fantastic Four were presumed dead after Professor Xavier’s negative psyche became a world-destroying villain after he wiped out his old frenemy Magneto’s mind (comic crossovers are complicated). Songbird is generally portrayed as starting out as a troubled youth (which Sadie Sink already has some practice in from Stranger Things) and eventually becomes the leader of the group after they reform. Sadie Sink has the dramatic chops and emotional intensity to play a Marvel character stuck between resentment of the world and the desire to be a hero, so we really hope this will be where she shows up.

Marvel Studios President Kevin Feige finally confirmed some details of the upcoming Thunderbolts project at San Diego Comic-Con, though we still do not have a lot to go on. We know that film will not be released until 2024 (at the earliest and knowing the number of delays major films seem to face these days) and there are a few villains we can assume will be showing up. Leading Sadie Sink in Marvel’s greatest band of secret masters of evil will presumably be Baron Zemo, who has already been portrayed by Daniel Brühl in the feature film Captain America: Civil War and the Disney+ series The Falcon and the Winter Soldier. There is also the possibility that we may see Florence Pugh’s Yelena Belova, Wyatt Russell’s U.S. Agent, and any number of morally ambiguous characters introduced to the Marvel Cinematic Universe so far.

Of course, Marvel has a pretty huge slate of films coming up. The recently confirmed Avengers: The Kang Dynasty, Avengers: Secret Wars, Fantastic Four, Agatha: Coven of Chaos, and others leave a lot of roles for Sadie Sink to play in Marvel. Given that Stranger Things will be wrapping up soon, we will be excited to see Sadie Sink join another mega-franchise in the Marvel Cinematic Universe and continue her amazing upward climb in show business. If she is playing Songbird in the upcoming Thunderbolts movie, we think it would be a great use of her talents and commanding on-screen presence. 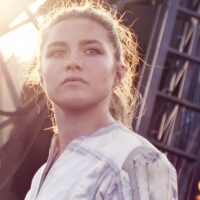 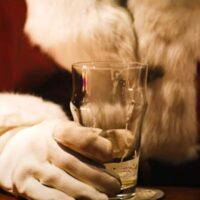 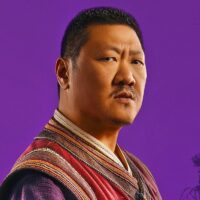