Ryan Reynolds must love being an underdog. Although he has worked his way up from starring on an almost entirely unwatched sitcom and bit parts on shows in the 1990s to become one of the biggest movie stars in the world, he still can’t seem to stop himself from trying to get the least likely projects off the ground. For a long time, that was Deadpool; after taking a stab at the character in the universally detested X-Men Origins: Wolverine, he had to fight for years to get a solo movie made. It unexpectedly became a huge success, as did its sequel. And while Reynolds is remaining atypical quiet about any updates for the promised Deadpool 3, he is spending a lot of energy trying to get Deadpool and Wolverine to team back up.

But not just any Wolverine will do for Ryan Reynolds. No, the star of the 1996 TV movie Sabrina the Teenage Witch desperately wants to get Hugh Jackman back to play Wolverine/Logan/Thomas Howlett. While the two did technically share screen time (and a secret military task force) in the aforementioned X-Men Origins: Wolverine, that lukewarm take on Deadpool did not satisfy Reynolds. At the moment, he is currently asking fans to write letters directly to Marvel Studios head Kevin Feige, begging him to get Deadpool Vs. Wolverine: Requiem (or whatever it would be called) greenlit. Now that Disney acquired 20th Century Fox (and all X-men-related properties with it), it certainly does seem like Deadpool will be introduced to the greater MCU sooner or later. If this leaked end-credits scene is accurate, it actually might be much sooner than expected.

But it is not really Kevin Feige that Ryan Reynolds needs to convince. While Marvel Studios is reputedly looking to recast the part of Wolverine for whatever their master plan of introducing Charles Xavier’s students to the MCU, Hugh Jackman has been very, very clear that he will not return to the part. And it is hard to fault Jackman for that; he played the character for a literally record-breaking amount of time and managed to stick the landing by sending him off with one of the most critically acclaimed comic book movies of all time. Jackman has also returned to his greatest love, singing and dancing on Broadway for adoring fans. After a number of Covid-19 related delays, Jackman is back starring in a revival of the venerable musical The Music Man, and it is probably going to be pretty hard to tear him away from that.

Ryan Reynolds currently has a lot of sway in Hollywood, and a whole lot of projects cooking. Netflix has him teaming back up with his Red Notice co-stars Dwayne Johnson and Gal Gadot for multiple projects, and he is moving in on Hugh Jackman’s turf by starring in a musical adaptation of A Christmas Carol with Will Ferrell and Octavia Spencer. But it seems like he is never going to stop harassing Hugh Jackman until he gets his Deadpool/Wolverine team-up, so maybe The Boy from Oz should just finally give in. 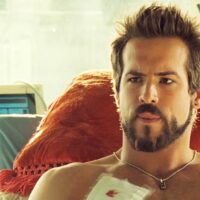