Ryan Reynolds has done voice performances for quite a few films, including playing the title snail in 2013’s Turbo, voicing several characters in the aptly titled 2014 film The Voices, and did both facial motion capture and voice work to play the lead role in Detective Pikachu. But Reynolds’ highest-grossing vocal performance comes from playing Guy in the 2013 DreamWorks Animation film, The Croods. Now, The Croods is streaming on Netflix and is currently the #9 most-watched movie on the service today.

The Croods followed a family of cavepeople led by the patriarch Grug Crood, voiced by Nicolas Cage. The Crood family has survived several natural disasters because Grug doesn’t allow his family to leave their cave for any reason other than to gather food. Yet his teenage cavegirl daughter Eep, voiced by Emma Stone, often rebels against her father’s wishes and one night, decides to leave the cave at night. While out, she meets Ryan Reynolds’ Guy, a caveboy who is forward-thinking and inventive, and warns Eep of an apocalypse coming. The Croods shows the family trying to survive, while also learning to not be afraid of new things.

The Croods did extremely well when it was released in 2013, opening at #1 at the North American box-office, and making over $587 million worldwide. The Croods is the fourth highest-grossing film from Ryan Reynolds, after the two Deadpool films, and Fast & Furious Presents: Hobbs & Shaw. The Croods is also the second highest-grossing original film from DreamWorks Animation, only coming behind 2008’s Kung Fu Panda.

The Croods has a fairly strong critical response as well, as the film currently has a 72% on Rotten Tomatoes’ Tomatometer, and holds a 77% audience score. Bilge Ebiri said in Vulture, “The Croods isn’t particularly smart, but it has just enough wit to keep us engaged and just enough speed to keep us from feeling restless,” while Christopher Orr for The Atlantic said, “The animation is first-rate, with moments of genuine visual imagination, and the story, while unremarkable, is entirely adequate.” The Croods would also receive nominations for Best Animated Feature at both the Academy Awards and the Golden Globes.

Maybe the reason for the success of The Croods – beyond a cast that included Nicolas Cage, Ryan Reynolds, and Emma Stone – comes from Chris Sanders, co-writer and co-director along with Kirk DeMicco. Sanders previously worked for Disney, where he was a character designer for Beauty and the Beast, Aladdin, The Lion King, and Mulan. Sanders also created the story behind Lilo & Stitch, and the film would be Sanders’ first film as director. After that, Sanders would move over to DreamWorks animation, where he would direct How to Train Your Dragon, followed by The Croods. Most recently, Sanders returned to Disney to direct 2020’s live-action The Call of the Wild.

Last year, The Croods received a sequel, entitled The Croods: A New Age, which might be why the original film is currently trending on Netflix. The Croods: A New Age came out on November 25, 2020 to theaters, and was made available on video-on-demand services soon after, on December 18. The original film’s cast, including Nicolas Cage, Emma Stone, Ryan Reynolds, Catherine Keener, Clark Duke, and Cloris Leachman all returned for the sequel, which also added new characters voiced by Peter Dinklage, Leslie Mann, and Kelly Marie Tran. Considering The Croods: A New Age was released during a pandemic, the film earned a respectable $151 million worldwide – most of which came from outside the United States.

But since the release of the first Croods, Ryan Reynolds has skyrocketed in popularity. After making smaller films like The Voices, Mississippi Grind, and Woman in Gold, Reynolds returned to playing superheroes with 2016’s Deadpool. Since then, Reynolds has become a major commodity, starring in the even bigger Deadpool 2 – the highest-grossing film of his career – and 2019’s Netflix original, 6 Underground.

As of right now, Ryan Reynolds has quite a few other films on the way for 2021. This year will see the release of Free Guy, the sequel The Hitman’s Wife’s Bodyguard, and another Netflix original, Red Notice, alongside Gal Gadot and Dwayne Johnson.

Between 6 Underground, Red Notice, and now The Croods, it looks as though Ryan Reynolds is a major draw for Netflix subscribers, and with The Croods: A New Age currently on the shortlist to be nominated for Best Animated Feature at the upcoming Academy Awards, there’s no time like the present to watch or rewatch The Croods on Netflix. 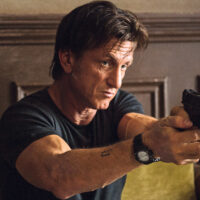