Ryan Reynolds' flop of a film, R.I.P.D. is getting a sequel, but the megastar will not return this time around.

R.I.P.D. is getting a sequel. The Dark Horse comic was adapted as a movie starring Ryan Reynolds and Jeff Bridges in 2013 but flopped at the box office. According to ComicBook, R.I.P.D. 2: Rise of the Damned will be released straight to video on November 15, 2022.

According to the first movie, the Rest In Peace Department, or R.I.P.D., is an institution in the afterlife that is charged with collecting the souls of people who died but escaped judgment. When Boston cop Nick Walker, played by Ryan Reynolds, is murdered by his partner during a drug bust, he is recruited in the afterlife by the organization and partnered with veteran R.I.P.D. Sheriff Roy Pulsipher, played by Jeff Bridges. Together they work to solve a case of afterlife villains, called Deados, trying to assemble a powerful artifact that will open a gateway between the afterlife and the world of the living.

R.I.P.D. is about the training Ryan Reynold’s character receives upon dying and becoming a law enforcement officer in the world of the afterlife. R.I.P.D. 2 is a prequel and tells the story of the death and early afterlife of partner Roy Pulsipher, the Wild West sheriff played by Jeff Bridges. Pulsipher will be played in the new movie by Jeffrey Donovan of Burn Notice fame.

Without Ryan Reynolds, R.I.P.D. 2: Rise of the Damned co-stars Penelope Mitchell, Richard Fleeshman, Jake Choi, and Kerry Knuppe in an origin story that follows the maverick lawman as he tries to stop a demon from opening a portal to the underworld and learns about his new role in the afterlife. The hardened veteran of the first movie was still a rookie once, and Jeffrey Donovan portrays how Pulsipher endures the same kind of training he will later submit Nick Walker to. At his side is partner Jeanne, a mysterious swordswoman, and the two must work together to save the land of the living from the depths of Hell.

Universal is producing and distributing the Ryan Reynolds franchise movie, and it’s clear they are excited about it as they have released an eight-minute segment of the movie on their streaming service. A 30-second trailer also invites audiences to preview the comedic antics and Wild West action of the film, which will be available direct-to-video on DVD and Blu-ray on November 15. It will also be available digitally, including a Netflix drop on the same date.

Ryan Reynolds may not be in the movie, but since he was in the original his name will always be associated with the franchise. The actor has recently starred in Free Guy and is the lead in the very popular fourth-wall-breaking Deadpool movies. He stars in the current Netflix hit The Adam Project alongside Walker Scobell and is set to release Deadpool 3 in 2023.

As one of the highest-grossing actors of all time, Ryan Reynolds isn’t reliant on the success of R.I.P.D. 2 and may as well be one of its ghosts. Even without his character or presence, R.I.P.D. 2 promises the Old West action and gallows humor that drew fans to the comic. 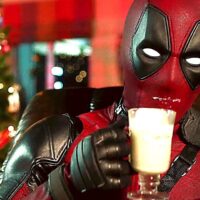 Exclusive: Deadpool Christmas Special In The Works At Disney