Deadpool 3 hasn’t even hit screens yet but that doesn’t mean we can’t start looking ahead already. Heck, this is the comic book movie landscape in which we don’t even have a “what have you done for me lately” mentality. It’s more a “what are you doing for me next” line of thinking. And that’s the case with the most recent news with Ryan Reynolds. According to insider Daniel Richtman, the actor and star is now eyeing the possibility of actually directing Deadpool 4.

While this is probably starting to put the cart before the horse considering we don’t have the third movie yet, it would be an exciting prospect to get Ryan Reynolds in the director’s chair for one of these films. The guy seems to completely embody the character and has begun a career resurgence on the back of bringing his all to the Merc with the Mouth. He stood firm when others wanted to change the story and he’s digging his heels in around the creative vision for this next film. Why not complete the process and just have him helm a Deadpool film too?

Ignore for a second that Ryan Reynolds has never directed a film in his career. The guy can learn on the job as far as I’m concerned. Even though he’s never sat in the big chair for a big-budget film (or any film) is almost beside the point when it comes to the Deadpool universe and set of movies. He’s had such a strong voice in how these films are made and has brought so much to the character that it seems almost crazy that he hasn’t helmed one of the films yet.

But Ryan Reynolds is definitely making his presence known when it comes to Deadpool and how he wants the character to continue on in future movies. Since the franchise moved over onto the Disney/ Marvel lot, there has been much chatter about the tone of future films. The first two Deadpool movies cut no corners completely earning their R-ratings from the film review board.  They mixed gratuitous violence and vulgarity that worked in a hilarious way and made it the top-earning rated-R film ever at the time.

That being said, the Marvel Cinematic Universe has taken a completely different and much more family-friendly approach to its comic book movies. Apparently, at first, there was disagreement about how Deadpool films would fit into the mix. Ryan Reynolds wanted to keep the same tone and rating, not wanting to neuter the things that worked so well before. But Disney wanted to make them accessible to people of (mostly) all ages which the previous versions definitely weren’t. There have been rumors of a quasi-compromise with the possibility of releasing two versions of Deadpool 3, one rated-R and one PG-13.

Whether this happens remains to be seen, but rumors of Ryan Reynolds possibly directing the fourth film would only signal that he’s becoming more entrenched in the Marvel Cinematic Universe and his creative voice is ringing out. If he is going to make a directorial debut, this would for sure have to be the film.

Ryan Reynolds Is Taking Deadpool Into The Avengers Universe 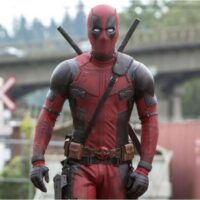