A Beloved Robin Williams Movie Arrives On Netflix This Week

Okay Robin Williams fans, Netflix’s got your back. One of Williams’ most popular films is set to hit the streaming service on January 15, 2021, and this comes just in time for a much-needed smile.

Hook, the star-studded fantasy swashbuckler, came from Steven Spielberg but it wasn’t the hit producers, director, and stars were expecting. The film was led by Robin Williams who played a grown-up Peter Pan, but it also boasted the star power of Dustin Hoffman as Captain Hook, Julia Roberts as Tinker Bell, Bob Hoskins as Mr. Smee, and Maggie Smith as Granny Wendy. Joining that impressive cast was Charlie Korsmo as Peter’s son Jack, Dante Basco as Rufio, leader of the Lost Boys, and in one of her very first on-screen roles, Gwyneth Paltrow plays the young Wendy. According to Spielberg, who just so happens to be Paltrow’s godfather, he told Entertainment Weekly he was driving home with her parents and Paltrow from seeing the movie Silence of the Lambs. “I was looking at her in the rearview mirror, and she was talking about the film and she had this really frightened look on her face, and it suddenly clicked, and I said, ‘Hey, you could be the young Wendy! You could be the young Maggie Smith!’ So I turned around and said, ‘Do you want to make a movie?’”

Robin Williams is Peter Banning, an extremely successful lawyer based out of San Francisco. His success comes at a price though as he is constantly missing family time, his latest was missing Jack’s baseball game. But the family heads to London to visit his wife Moira’s (Caroline Goodall) grandmother, Wendy Darling. Once in London, Peter, Moira, and Wendy attend a charity dinner in Wendy’s honor. Upon returning home, they find the place has been ransacked and the children, Jack and Peter’s young daughter Maggie, are missing. A ransom note has been left by one Captain James Hook. Peter wants to get the police involved but Wendy finally confesses that only he can save the children for Peter is, in fact, Peter Pan. He doesn’t believe her until later that evening, Tinker Bell arrives. She uses her pixie dust to get Peter to Neverland and the movie goes from ho-hum to fun.

Seeing Robin Williams portray a grown-up Peter Pan is just fun. He perfectly embodies an overgrown child, at first not realizing or wanting to embrace who he truly is. It takes him seeing his son taking on the Captain Hook persona for Peter to become the Peter Pan we all know and love. His early run-ins with the Lost Boys are classic and Basco is terrific as Rufio. According to Basco, it was fear that got him the part. He told News.com, “I asked Steven Spielberg why he gave me the part and he told me out of all the kids that auditioned for the role, that I was the only kid that scared him.”

Peter’s struggle to become Pan lasts throughout most of the movie. Tinker Bell constantly tries to help Peter remember who he was but because he doesn’t have “happy thoughts” he is unable to see the real Pan. But it finally happens and not a moment too soon. Pan has to rescue his children and take on Hook as the Lost Boys take on the pirates.

The story is a heartwarming, vastly enjoyable adventure that showcases Robin Williams’s penchant for comedy as well as his flair for the drama. He works wonderfully with the children of the cast and holds his own with legendary actor Dustin Hoffman. But all was not well when the movie premiered, and tales of on-set issues were confirmed by Spielberg himself. None involved Williams but they did involve the director and Julia Roberts. It was actually this movie that gave Roberts her “difficult” tag, one Spielberg agreed with during a 60 Minutes interview where he said, “It was an unfortunate time for us to work together,” while also stating he’d never work with Roberts again.

Critically, Hook was panned. At the box-office, the movie pulled in over $300 million on a $70 million budget but when all was said and done (Spielberg, Robin Williams, and Hoffman didn’t take a salary but instead took percentages of the gross revenue) the movie only made $50 million. Even back then, that was considered a financial disappointment.

Over the years though, Hook has earned its charm. It has received a 76% favorable rating on Rotten Tomatoes (we know, not the end-all, be-all) so it shows the movie does hold its charm. Just don’t ask Spielberg how he feels because his feelings are quite mixed. He said in a 2013 interview on the Kermode & Mayo’s Film Review Show, “I wanna see Hook again because I so don’t like that movie, and I’m hoping someday I’ll see it again and perhaps like some of it.”

Don’t let that discourage you. Hook is an enjoyable film. If you don’t believe us, check it out for yourself on Netflix this Friday. 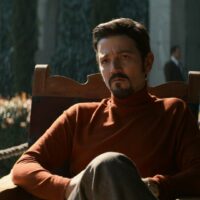 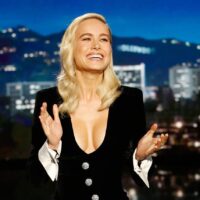