Being a superhero and playing a superhero are two wildly different beasts. The first is a moralistic nightmare, assuming the gruesome specifics (that comprise origin stories) ever come to fruition. The second is lucrative and comparably status-defining. To illustrate, Robert Pattinson was paid $5 million for playing the World’s Greatest Detective in Matt Reeves’s spinoff-reboot The Batman. The film, said to depict the Dark Knight in his second year of crimefighting, has yet to be released in theaters, and yet according to Hollywood insider Daniel Richtman, Pattinson already pocketed a hefty $20 million ahead of the planned sequel.

That’s right. The rumor goes, Robert Pattinson just received an advance 400% higher than his original payroll debuting as the Caped Crusader, making him the second-highest-paid Batman after Christian Bale’s turn as Bruce Wayne. Bale earned $4 million more than Pattinson in Batman Begins, but was also bumped up — to $30 million! — by the time he appeared in the sequel.

This would place Pattinson leagues higher in overall gross than even the likes of Robert Downey, Jr., who only earned $500,000 playing billionaire playboy Tony Stark in the first Iron Man. Downey was rumored to have walked away with only $10 million in Iron Man 2, still $10 million short of what Robert Pattinson is earning. Chris Hemsworth was paid even less in his standalone as Thor, a minuscule $150,000. By comparison, Chris Evans is the higher paid core Avenger, snagging $1 million for playing Steve Rogers in Captain America: The First Avenger. Later MCU roles, like Black Panther and Captain Marvel, had a net worth at least $1 million higher than Evans’s initial salary.

If the Christian Bale and Robert Pattinson payouts are any indications, Warner Bros. invests more money in its headliners than Marvel does at the beginning of its actors’ superhero careers. Henry Cavill was paid $300,000 upfront playing Clark Kent/Superman in Man of Steel, but made $14 million overall thanks to incentives. Ben Affleck was compensated even better in his debut, with Gal Gadot earning just as much as Cavill playing Diana Prince/Wonder Woman for the first time. Jason Momoa got $14 million being Arthur Curry/Aquaman, while Ray Fisher’s (Victor Stone/Cyborg) and Ezra Miller’s (Barry Allen/The Flash) salaries weren’t disclosed. Warner Bros. set an encouraging precedent for other superpowered roles to come, so Fisher and Miller likely earned just as much as their co-stars starting out in Justice League.

In the real world, becoming a superhero comes with an astronomical price tag. Everyone is a veritable Tony Stark or Bruce Wayne (Robert Pattinson in this case) when you’re earning six to eight figures every project and achieving instant celebrity status on the steep climb up the social ladder. Even Peter Parker qualifies as a teenage plutocrat, considering actor Tom Holland earned a whopping $250,000 just for playing a cameo in Captain America: Civil War, an amount that would later double in Spider-Man: Homecoming. Superhero-ing is less a humanitarian duty and more a status symbol in real life, just like any other high-profile Hollywood role. And the hard work required to transform oneself into paragons of justice and virtue is only matched by how much it costs to even reach that horizon.

Matt Reeves’s noir-inspired The Batman will hit theaters on March 4, 2022. It stars Robert Pattinson as Batman/Bruce Wayne, Zoë Kravitz as Catwoman/Selina Kyle, Paul Dano as Edward Nashton/The Riddler, Jeffrey Wright as Jim Gordon, John Turturro as Carmine Falcone, Peter Sarsgaard as Gil Colson, Barry Keoghan as Stanley Merkel, Jayme Lawson as Bella Reál, Andy Serkis as Alfred Pennyworth, and Colin Farrell as Oswald Cobblepot/Penguin. The film is intended to be the first installment in a trilogy. As of 2019, the main cast has already signed on to appear in The Batman 2. 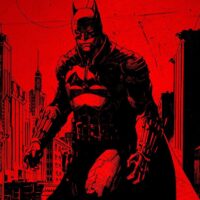