Warner Bros. Discovery has canceled many planned DC shows and films, and now it seems that Robert Pattinson could be saying goodbye to Batman.

Warner Bros. Discovery (WBD) has been causing all kinds of issues for the DC department. The media conglomerate canceled Batgirl, leaving everyone reeling. After that, the CEO of WBD, David Zaslav, announced a new 10-year plan for the comic company, harkening to what Marvel was able to do with the MCU. This has left plenty of worries that other films and shows would be in peril. One of those films happens to be the spectacular Matt Reeves-led The Batman. A new rumor is suggesting that Robert Pattinson will be exiting DC after Reeves finishes his trilogy of The Caped Crusader. While this may not come as a shock to a lot of people, it kills any hope that Pattinson would appear in future DCEU films.

Robert Pattinson has been quite the surprise as The Dark Knight. He portrayed Bruce Wayne and Batman in a way that had not been done before. Matt Reeves turned The Batman into a neo-noir film that also involved superheroes. Well, as super as the Penguin and Catwoman can appear without powers. Still, the performances in the film were highly lauded, including Paul Dano as the Riddler. Based on the ending of the film, we can expect to see the Riddler team up with Joker. There were meant to be spinoff shows based on the Penguin and Arkham Asylum, but with the entire shakeup happening at WBD, we are not sure if that is going to happen. This rumor about Pattinson being phased out of DC might be a strong indication that the expansive universe of The Batman is going to be comprised only of the trilogy by Reeves.

Should this rumor be true, the silver lining is that Matt Reeves is going to be given his trilogy to fully tell the story of the Robert Pattinson Batman. It would be a shame if he was only given one film, especially considering how expansive the lore of Batman is. We have been given our first look at the Joker, but there is no telling what other villains are going to be added. So far, we have seen Riddler, Penguin, Joker, Carmine Falcone, and Catwoman. There are plenty more of the Batman’s Rogues gallery to be added. We are still hoping to see Clayface appear in live action at some point.

DC has become a bit of a mess because of the actions enacted by WBD. Head of DC Films, Walter Hamada, nearly left his job because of Batgirl being canceled. However, he has agreed to stay on to at least see Black Adam released in October. We are not sure how Black Adam and Shazam! Fury of the Gods will factor into the grand scheme of this 10-year plan, but it seems everything else is fair game to be canceled. Hamada had stated that The Flash was meant to reboot the DCEU by bringing in the “Flashpoint Paradox” storyline. This story follows The Flash as he travels to a new reality where Bruce Wayne is dead, but Thomas Wayne is now Batman. This could be why Michael Keaton was going to be reprising his role as Batman. That plan might not happen, and we will be without Keaton or Robert Pattinson in the future. 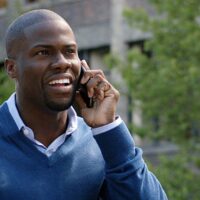