Robert Downey Jr and Jon Favreau may team up again, this time for a Star Wars feature film.

Robert Downey Jr may team up with his Iron Man director Jon Favreau for a new Star Wars movie. According to our trusted and proven sources, the former Marvel Cinematic Universe star is in negotiations to enter a galaxy far, far away, putting him in yet another of the biggest movie franchises of all time. Lucasfilm has been leery in producing a full-length movie for the franchise as of late, but bringing Robert Downey Jr and Jon Favreau to anchor Star Wars is a sound move.

Jon Favreau has worked with Robert Downey Jr on a number of films previously, so it would make sense to pair the two together for Star Wars. 2008’s Iron Man saw both men at a dip in their respective careers, with Jon Favreau coming off the failure of the Jumanji-adjacent movie Zathura: A Space Adventure and Robert Downey Jr in career recovery from years of personal troubles. The movie famously ignited the behemoth that is the Marvel Cinematic Universe and transformed Robert Downey Jr from an also-ran actor to the highest-paid star in the world.

As such, Jon Favreau and Robert Downey Jr working together for a Star Wars movie probably sounds like as safe a bet as the Walt Disney Company will allow Lucasfilm. There has not been a Star Wars feature film since 2019’s The Rise of Skywalker, which made over a billion dollars at the global box office but still ended up being the lowest-grossing entry in Disney’s sequel trilogy. Since then, Lucasfilm has increasingly focused on television series streaming on Disney+, rather than high-profile, high-risk theatrical releases.

Robert Downey Jr has not released a film since 2020’s talking animal fantasy Doolittle, which became one of the biggest critical and commercial disappointments of the year. That would make a Robert Downey Jr Star Wars film a pretty major deal and his return to big-budget fantasy filmmaking.

While there are no details of what the project might entail, it seems likely that a Robert Downey Jr and Jon Favreau Star Wars movie would lean into the lighter, roguish side of the franchise. The actor’s performance as Tony Stark was noted for giving the Marvel Cinematic Universe a quippy, quickly-moving pace, supported by Jon Favreau’s background in comedy. If the two are going to work in the Star Wars universe, it will most likely try to retain that crowd-pleasing vibe.

Robert Downey Jr will next appear as part of the massive ensemble cast of Christopher Nolan’s Oppenheimer, portraying former chairman of the U.S. Atomic Energy Commission Lewis Strauss. Most likely, it will not be the quippy, sarcastic version of RDJ that we are used to seeing in Marvel, considering Nolan’s generally dour tone of filmmaking and the subject matter.

However, if we get Robert Downey Jr and Jon Favreau back together for Star Wars, we could definitely get some more adventures from the pair. Hopefully, Lucasfilm will take a chance on another feature film soon. 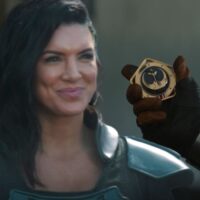 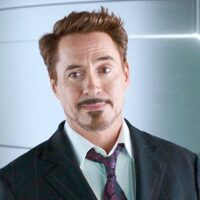