The “Jr.” in Robert Downey Jr.’s name implies that there is also a Sr., and it is with love and reverence that the Iron Man actor presents his documentary about his father. ComicBook.com reports that Netflix has given viewers a first look at Sr., the part biography, part tribute to Robert Downey Sr., who was a director, actor, and writer in his own right. The documentary examines the career of the star’s father, as well as their complex relationship over the years of Jr.’s life.

The trailer is both humorous and heartbreaking, as it reveals a very complex relationship between father and son that includes many turbulent years in the youth of Robert Downey Jr. At one point the actor’s drug addiction saw him joked about as being part of “the Chemical Brothers” during an awards ceremony, and this addiction saw him arrested and in rehab numerous times. Bouts with alcohol, heroin, and cocaine also caused him to be fired from roles and even made him uninsurable by studios for a while, meaning producers had to pay for him themselves.

The star overcame these troubles to become an icon as Tony Stark in the Marvel Cinematic Universe and as the titular detective in the Sherlock Holmes movies. In 2008, his role in Tropic Thunder earned him an Oscar nomination for Best Supporting Actor, validating his return to the big screen. Robert Downey Jr. has also begun producing, having credits in a Perry Mason reboot and Netflix’s Sweet Tooth.

The film makes clear the pride Sr. has in his son’s success even as he jokingly scoffs at the documentary’s title. The world knows Robert Downey Jr. because of his numerous film and television roles as well as the off-screen antics of his youth, and this glimpse into his relationship with his father shows the foundation that brought the actor to stardom and helped him overcome his demons to reclaim his fame. The trailer is in turn hilarious and touching, hinting at a film that will make viewers feel the need to call their own fathers.

It is also easy to see the similarities between Robert Downey Jr. and his father in the trailer. The two have similar personalities and a very notable resemblance in their sense of humor. This includes reactions to an array of life events, such as fatherhood, filmmaking, and aging.

Every child thinks their parents are invincible, but inevitably adulthood sets in and parents age. There is an air of wistfulness in some of Robert Downey Jr.’s commentary as he talks about getting to know his father better during the filming of this documentary. Tears are shed, especially as the actor relates his relationship with his father to his relationship with his own young son.

Robert Downey Jr. and his wife Susan are among the producers of this Chris Smith-directed documentary, and other interviewees include Norman Lear and Alan Arkin. Sr. will be released on Netflix on December 2, 2022. You can catch Iron Man in the Marvel Cinematic Universe movies on Disney+ and Sherlock Holmes on HBO Max. 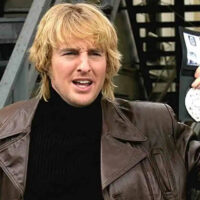