Hollywood is full of families that are all in the business. While most think of the Downey name for Robert Downey Jr., but his father, Robert Downey Sr., had a long career making films. Today, news came that the longtime filmmaker has died after battling Parkinson’s disease for years. He was 85.

The news hit when Robert Downey Jr. posted about it on his Instagram. He wrote that his father “remained remarkably optimistic throughout.” When it comes to his career, he described Downey Sr. as a “true maverick.”

At the end of the post, Robert Downey Jr. spoke about his stepmother, Rosemary Rogers-Downey. He wrote that she is a “saint” and keeping his thoughts with her.

While Marvel made Robert Downey Jr. a star, his father had made a huge career from acting, directing, and writing. His filmography has a wide range from sci-fi to dramas. While in recent years, he has taken a backseat in the industry. The veteran filmmaker’s last credit from any of his positions was appearing on Saturday Night Live in 2015.

Robert Downey Sr. was best known for directing and writing smaller films. One was the 1969 satirical comedy, Putney Swope. The film followed the board of directors at an advertisement agency, who, through a tactic of electing the new chairman, leads to them accidentally electing the only Black member, Putney Swope, played by Arnold Johnson (Shaft). Another of his best-known credits was Greaser’s Palace in 1972; a Western comedy focused on the life of Jesus. He also directed three episodes of The Twilight Zone between 1985 and 86.

While Downey Sr. was known for directing and writing, his career looks more like Robert Downey Jr. by having more acting credits than anything else. His last movie was 2011’s Tower Heist with a star-studded lineup with Eddie Murphy (Beverly Hills Cop), Ben Stiller (Zoolander), Casey Affleck (Manchester by the Sea), Matthew Broderick (Ferris Bueller’s Day Off), and Michael Pena (Narcos: Mexico).

While never nominated for an Academy Award like Robert Downey Jr., his father was in plenty of award-nominated and winning films. He starred in the Oscar-nominated film Magnolia with Tom Cruise (Mission Impossible), Julianne Moore (Still Alice), and Phillip Seymour Hoffman (Capote). In 1997 he was in the drama Boogie Nights with Moore, Mark Wahlberg (The Fighter), Burt Reynolds (Smokey and the Bandit), John C. Reilly (Step Brothers), and Don Cheadle (Crash). Back in 1985, he was in To Live and Die In L.A. alongside William Petersen (CSI), Willem Dafoe (At Eternity’s Gate), John Turturro (The Night Of), and Debra Feuer (Miami Vice).

Robert Downey Jr. co-starred with his father on two projects. One was an uncredited role in Greaser’s Palace, 1994’s Hail Caesar. He was also in the 1990 comedy Too Much Sun, which was directed and written by Downey Sr and starred his stepmother Laura Ernst.

Robert Downey Sr. is survived by his son, Robert Downey Jr. and daughter Allyson Downey, and his third wife, Rosemary Rogers, whom he married in 1998. 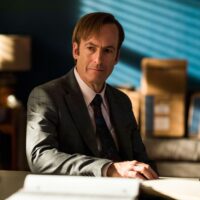