Robert Downey Jr. is the best. He is so great, in fact, that Nickelodeon has honored him with one of their Kids’ Choice Awards. He won the award for Favorite Movie Actor, which really is not surprising in the least. Have you seen this man’s filmography?

It is tradition for the winners of these awards to stand on the receiving end of a sound sliming (that wording does not sound great at all). You can check out the popular actor doused in green goo following his win in the tweet below:

Predictably, Robert Downey Jr. was a great sport about it, but how pleased can one really be after being covered in slime? Sure, he just won a Nickelodeon Kids’ Choice Award, but that suit definitely was not cheap. Have you seen Robert Downey Jr.’s Avengers salary? But then again, he probably has a wardrobe the size of my neighborhood block. And honestly, anyone with that kind of money is definitely splurging on suits, so hopefully he has enough to pick from so he could maybe use a thick coating of slime to hide that stitch job he’s been putting off.

Robert Downey Jr. is best known for playing Iron Man in the Marvel Cinematic Universe, which he probably is not returning to anytime soon. It is definitely a shame, but he had to close out one chapter of his career so he could start on another. Who knows? Maybe his next roles will be even better and more memorable. We will just have to wait and see.

Still, despite that fact that he is most likely done with the Marvel Cinematic Universe, Robert Downey Jr. gave audiences a performance that endured and endeared him to moviegoers pretty immediately. He made his first appearance in 2008’s universe-starting Iron Man and ended his tenure as Tony Stark in 2019’s saga-capping epic Avengers: Endgame. But many may not realize that he has also appeared in countless other films, including both of Guy Ritchie’s action-heavy Sherlock Holmes movies, the hilarious comedy Tropic Thunder, Due Date, and tons of others. It is pretty difficult to be unaware of who the guy is, but weirder blind spots have been a thing before. At the end of the day, his career is a tune we can all snap to, and yes, that Avengers joke was definitely forced.

If you are itching to see an un-slimed Robert Downey Jr., feel free to revisit his many performances in the Marvel Cinematic Universe movies, or, if you feel so inclined, give Sherlock Holmes or Due Date another gander. Those are serviceable films at best and terrible ones at worst, but hey, they cannot be any more unbearable than the newest Dolittle movie. That film made me want to scoop my eyeballs out with a spork.

In terms of what Robert Downey Jr. has coming up next, maybe we will see him star alongside Henry Cavill in a new project. That would be great. 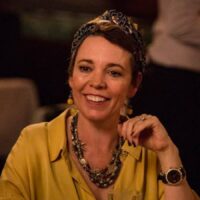