Robert De Niro might be pushing close to 80 years old, but there are no signs the actor is slowing down even in the slightest. He’s still been churning out high-profile movies over the years and that’s set to continue at least in the short term. The latest announcement has him signing on for another Netflix movie, this time teaming up with John Boyega in what could be a heist film.

The latest film with Robert De Niro and John Boyega is The Formula. Boyega is a failed race car driver who is forced to join a group of thieves as the getaway driver in a robbery. It’s not totally clear what character De Niro will play, whether he’s more of a mentor-type or some kind of heavy for the film that leverages Boyega’s skills behind the wheel for some criminal endeavors.

Gerard McMurray is helming The Formula, which he also wrote. His last work was The First Purge, a prequel of types for The Purge franchise. He also directed Burning Sands a movie about fraternity hazing which takes a much darker turn. The film earned generally solid marks from critics. This will be his first time working with Robert De Niro.

Meanwhile, John Boyega is making the most of his post-Star Wars career and has already signed on for a number of different films. He recently was in the British anthology series Small Axe by Steve McQueen. It follows the stories of West Indian immigrants in London for a number of decades. Boyega starred in the third installment, Red, White, and Blue. In addition to The Formula, his movies in production include Naked Singularity, They Cloned Tyrone, and Rebel Ridge. Like McMurray, this is also the first time he’ll have worked on screen with Robert De Niro.

Meanwhile, Robert De Niro last worked on Netflix in Martin Scorcese’s The Irishman. It told the story of Frank Sheeran and his relationship with and ultimate contribution to the murder of Jimmy Hoffa. It was universally praised and De Niro earned an Academy Award nomination for Best Supporting Actor.

Coming up in the pipeline, De Niro has a number of different films that will keep him working for at least the next couple of years. He’s currently filming Wash Me in the River alongside John Malkovich and Fargo’s Jack Huston. It’s a story of a recovering opioid addict. Plus there’s an untitled David O. Russell project in the works as well.

But that’s not all for Robert De Niro. He has three other movies in pre-production. Those include another team up with Martin Scorcese on Killers of the Flower Moon, based on the book of the same name which details the mysterious death of Osage Tribe members in the 1920s. It’s a departure from the gangster Scorcese film, but if it sticks close to the book it tells a terrible story of corruption.

He also has Armageddon Time and After Exile in the pipeline as well. So while it may be some time before we get The Formula, know there’s no shortage of Robert De Niro coming to the screen. 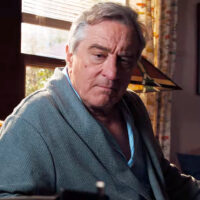 A Forgotten Robert De Niro Movie Is Dominating On Streaming 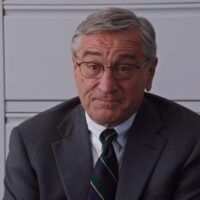