Much to our chagrin, but most likely for the best and the sanity of its actors, Riverdale will soon be heading into its seventh and final season on The CW. Throughout its time on the newly purchased network, one thing has remained a constant in the television show based on the Archie comics – the plotlines are absolutely bonkers crazy. But series star Madelaine Petsch says that the final season may be moving in a very different direction, departing from the typical craziness and multiple storylines that the show is known for.

During an interview with Variety, the Riverdale star said that the upcoming season will work more with the character’s complicated relationships and move away from the blink-and-you-miss-it storylines. But, there will still be plenty of “bizarre things happening,” with Petsch teasing that there’s a “major thing” happening with her character, Cheryl Blossom’s, family that she describes as both “bizarre and amazing.” Getting back to the roots of the murder mystery that played out during the show’s first season, the actress says that fans will see more of that type of build that “made the show so special” to begin with.

Calling Riverdale Season 7 “grounded and focused,” especially when it comes to the intertwined relationships that audiences have watched blossom over the show’s long-running time on air, Petsch thinks fans are in for a real treat. But for those of us who have flocked to the series because of its outlandish plot points and character arcs that we’d never have been able to guess, Petsch says to not count the series out quite yet. Just because the final installment will be “more pared down,” viewers can still expect to see the same wacky antics occur between the teens-turned-adults.

While it may be less crazy, even the kickoff for Riverdale Season 7 promises to deliver the wild goods. A spoiler for those who haven’t caught up on the sixth season, the season finale saw the series being blown back to the 1950s after a comet smacked right into it. With the original comics taking place back in those days, it’s a fun, yet very interesting way for the production team to pay homage to their source material and take fans back to where it all began.

Other than that, little is known about what fans can expect from the final season of Riverdale. With many of its cast members, including Petsch, keeping their eyes on the prize of what the next steps of their careers are, we’re sure it’s a bittersweet moment for everyone involved. And while there were even rumors swirling just months ago surrounding the possibility of Petsch stepping into the role of Cheryl Blossom for a Riverdale spinoff, it seems as though this is really the end of an era.

As for Riverdale’s home network, The CW, the teen drama is just one in a long line of scripted series being slashed from their dockets amid budget cuts. Other favorites, including Nancy Drew, have lost their footing on the network, leaving fans wondering what the future will hold for newly popular shows such as Walker: Independence and The Winchesters. As of this time, no release date has been set for Riverdale’s final season, although it’s expected to land in 2023. 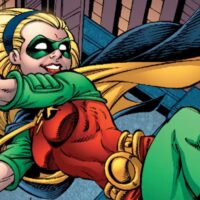 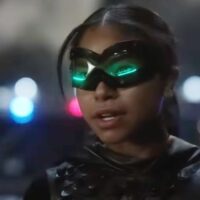