Richard Dean Anderson is a Hollywood icon. Well, he’s at least a TV icon. Best known as MacGyver, Anderson also has ties to another long-running series. Unfortunately, we haven’t seen nor heard from Anderson in any form for quite some time. He hasn’t worked as an actor since 2013. Where is he? Here’s what we know.

HOW RICHARD DEAN ANDERSON GOT HIS START

Richard Dean Anderson started his acting career quite some time ago. He was first featured on the long-running and highly rated daily soap opera General Hospital, where he portrayed a doctor (imagine that). If you know your GH history, which it’s quite possible none of you do, you will know that Anderson played Dr. Jeff Webber, the son of long-time GH character Dr. Steve Hardy. Anderson played the character for five years as a recurring role. His character is father to Dr. Steven Webber, Dr. Sarah Webber, Nurse Elizabeth Webber, and Hayden Barnes, the latter two still on the soap. Aren’t you glad you asked?

For the next few years, Anderson bounced from show to show. He was seen on The Facts Of Life, The Love Boat, Seven Brides for Seven Brothers, and Emerald Point N.A.S. It wasn’t until 1985 that Richard Dean Anderson got his big break.

The first MacGyver series was produced back in 1985. The series was set up, in part, by Henry Winkler (Fonzie from the Happy Days), who was able to sell the idea to Paramount. During the search for their MacGyver, the actors who auditioned for the part were too manly. Not that Richard Dean Anderson wasn’t manly, but they were looking for an actor who could use more brains than brawn. Anderson completely fit the bill.

The series revolved around a special agent who would much rather use brains over weapons. Because of a firearm accident that concluded with the death of his friend, MacGyver preferred not to use or even carry a gun. He also prefers less violent methods in solving problems. His scientific knowledge and methods were even vetted by real scientists to have MacGyver’s solutions be as real as possible.

The hit series ran for seven seasons and also produced two made-for-TV movies, MacGyver: Lost Treasure of Atlantis and MacGyver: Trail to Doomsday. Anderson also reprised his role as MacGyver in the 2012 mini-series Mercedes-Benz: MacGyver and the new Citan.

There was a five-year gap between the end run of MacGyver and Richard Dean Anderson’s next big role. During that time Anderson was seen in those two MacGyver TV movies as well as Past the Bleachers, Legend, Pandora’s Clock, and Firehouse. Then came along a little thing we know as Stargate SG-1.

As with MacGyver, SG-1 was a role made perfect for Richard Dean Anderson. For 8 seasons he played Jack O’Neill, first as Colonel, then through all ranks of General. In the last two seasons of SG-1 (seasons 9 and 10), Anderson’s O’Neill was only a recurring character, but he came back full force for the movie Stargate Continuum.

Richard Dean Anderson was also seen in seasons 1 and 3 of the series Stargate Atlantis, Stargate SG-1: Children of the Gods, and six episodes of Stargate Universe. Anderson’s imprint on the Stargate franchise is undeniable.

Now 70-years-old, while Richard Dean Anderson has quit acting (though not officially retired) he keeps himself busy working with various environmental organizations across the globe. One organization is the Earth Rivers Expedition and he is also a member of the Board of Advisors of the Sea Shepherd Conservation Society.

Richard Dean Anderson also is active on a website in his name. While he doesn’t run the site, he is a frequent contributor, offering updates to his life, his family, and many of his daily dealings. Please check it out if you have any interest in seeing what Angus keeps himself busy with. 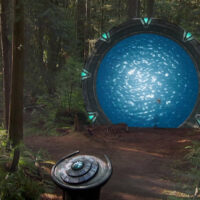 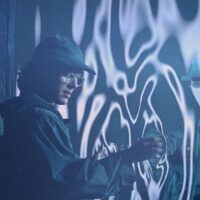