According to the producers, Red Notice 2 starring Dwayne Johnson, Ryan Reynolds, and Gal Gadot already has its script completed.

Red Notice released to lukewarm critical reception last year, but it brought the masses as the most-watched original movie on Netflix in the streamer’s history. When a film does that well and contains some of the biggest stars in the world with Dwayne Johnson, Ryan Reynolds, and Gal Gadot, it is no surprise that the streaming service greenlit not just one but two sequels in Red Notice 2 and Red Notice 3.

According to MovieWeb, fans are not going to have to wait very long for the service to bring them the sequels, as the producers have revealed that they have finished the script for Red Notice 2 and are almost finished with one for Red Notice 3.

In the report, producers Hiram Garcia and Beau Flynn spoke with Collider about the status of the sequels, and they revealed that they were much further along than anyone thought. Flynn said that they had not only received the script for Red Notice 2 but that they were halfway through the third.

He also said that they would like to film them back to back, but it would depend on if the stars were free to take that much time. Garcia added that Rawson Marshall Thurber, who wrote and directed the first film, is deep into it, and they are his baby.

Whether or not the production can swing filming back to back is going to depend on whether the three stars can make the time to be on set. Even though Ryan Reynolds hinted he was going to be taking a break from acting following the release of another Netflix hit, The Adam Project, he seems to be doing the exact opposite. During his “sabbatical” from acting, he has eight projects in the works, including Deadpool 3, Imaginary Friends, and Dragon’s Lair: The Movie. Those eight projects don’t even include Red Notice 2 & 3.

Gal Gadot will have just as hard of a time finding a break in her schedule for Red Notice 2 with six upcoming projects keeping her busy, including two projects that are part of franchises or kicking one off. Gadot is wrapping up production on Heart of Stone, meant to be a female James Bond-esque film, and Disney’s Snow White, where she is appearing as the Evil Queen. She is also in pre-production with her turn as an Egyptian Queen in Cleopatra, and of course, she is ready to pick up the shield again as Wonder Woman.

The hardest-working man in Hollywood, Dwayne Johnson, could be the most difficult person to get on set to film Red Notice 2 since he always has multiple things happening simultaneously. While his Black Adam project is set to hit theaters and he will be ready to move forward, he has five projects on the horizon, including Doc Savage, San Andreas 2, and Big Trouble in Little China.

It remains to be seen if the production team can juggle all three busy schedules to take the three stars off the market for six whole months to film the two sequels back-to-back. Either way, the writer, director, and producers have indicated they are ready to get the sequels started ASAP. 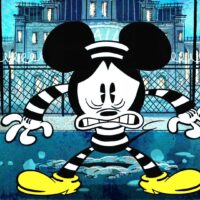 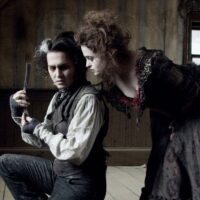