The Razzies have nominated 12-year-old Ryan Kiera Armstrong for "worst actor" for her appearance in Firestarter, drawing criticism from industry insiders.

By Chris Snellgrove | Published 8 hours ago

If you don’t already know, the Academy Awards have their own Wario in the form of The Golden Raspberries (better known as The Razzies), an annual celebration of the worst films and performances of the previous year. Due to the nature of these “awards,” many have criticized The Razzies for being nothing more than a mean-spirited way of tearing creators and their hard work down. Now, The Wrap reports that The Razzies are getting more blowback than before for nominating Firestarter star Ryan Kiera Armstrong for worst actor.

Right now, the Razzies are already under fire for their decision last year to create an entirely separate category for Bruce Willis due to his bevy of low-budget, direct-to-video movies in recent years. Later, it was revealed that the Die Hard actor suffers from aphasia and was basically making as many films as he could in short order in order to better provide for his family. The Razzies rescinded this particular award and made a statement by way of apology, but these beleaguered awards find themselves in hot water yet again for nominating a young child as the worst actor for her performance.

It didn’t take long for this surprise worst actor nomination to cause a minor tempest on social media, especially Twitter. For example, some have pointed out that the awards have a problematic history of singling out women, making The Razzies seem more misogynistic than an opportunity for equal-opportunity ribbing. And to this point, The Razzies last year decided to rescind their 1980 award given to Shelley Duvall for her performance in The Shining based largely on how she was treated by director Stanley Kubrick (while, quite frankly, giving an amazing performance that should never have been mocked in the first place).

One of the more prominent voices to dispute this worst actor nomination is Julian Hilliard, who is best known for playing Billy Maximoff on the MCU show Wandavision. He noted that The Razzies have always been “mean-spirited & classless” but that their decision to “nominate a kid is just repulsive & wrong.” Perhaps sensing the number of people who would later reply and say that these awards are nothing more than a tongue-in-cheek joke, Hilliard noted how shining a spotlight on 12-year-old Ryan Kiera Armstrong’s performance as they did may open the young actor up to a “risk of increased bullying or worse.”

Unfortunately, this isn’t the first time that The Razzies have nominated a child for worst actor. In the past, they did the same thing to a 12-year-old Gary Coleman and a 13-year-old Macaulay Culkin. It’s fair to say that those nominations didn’t cause as much of a stir back then because of the lack of internet access and, most notably, no social media.

Now that The Razzies have nominated their third underage performer for worst actor, many are calling for the awards to stick to nominating only those who are at least 18 years old. Adding fuel to the fire (so to speak), many critics who saw Firestarter thought Armstrong’s performance was quite strong, so nominating her as a terrible actor is downright baffling. And now that The Razzies have courted major controversy two years in a row (first for Willis, now for Armstrong), we can’t help but wonder if there is much use for such awards at all, especially in a world where countless influencers pump out weekly content focusing on terrible movies and performances. 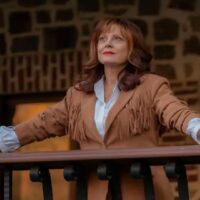 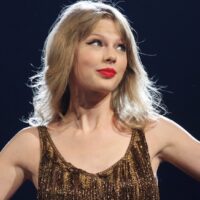 Taylor Swift To Write And Direct Her First Movie