Though Sunday’s Academy Awards ceremony certainly has people talking for a certain reason, Ray Fisher was more concerned with his continued disappointment regarding Warner Bros. and their execs. The actor took to Twitter to acknowledge the successful moment Zack Synder’s Justice League enjoyed at the ceremony while also demanding an apology from the President of DC Films, Walter Hamada. Check out the tweet below:

Zack Synder’s Justice League had a nice little moment at the Oscars where it won the “Oscars Cheer Moment” which was a fan-voted award. Ray Fisher, who starred in the movie as Cyborg, honored the achievement in his Tweet. But he also wanted to bring attention to the investigation regarding the movie that involves him, Joss Whedon, and several other members of the Warner Bros. management structure. He ended the tweet with the sign-off A>E, which stands for Accountability > Entertaiment.

Ray Fisher’s tweet is in regards to the accusations he and other cast and crew members have leveled against Joss Whedon for allegedly creating a toxic work environment on the set of Justice League. Whedon took over the production after Zack Synder had to take time off in the wake of a family tragedy. Though accusations against Whedon go back a long time, Ray Fisher’s campaign against him started in 2020, when he took to social media to talk about Whedon’s allegedly abusive behavior on the set of the Justice League film. In 2021, Fisher would go on to say that he would never work with DC Films president Walter Hamada again, calling him “the most dangerous kind of enabler.”

Following Ray Fisher’s initial claims, various actors would step forward to corroborate the information. One of the most notable was Charisma Carpenter, who starred in the Whedon-helmed Buffy the Vampire Slayer and its spin-off Angel. Carpenter tweeted a statement detailing the verbal abuse she allegedly faced on the set of the show along with the hashtag #IStandwithRayFisher. Many of her co-stars would come to her support following her statement, including David Boreanaz, Eliza Dushku, Amber Benson, Michelle Trachtenburg, and Sarah Michelle Gellar.

Most recently, Ray Fisher gave an interview with The Hollywood Reporter where he offered more detail on his frustrations with the director. Fisher mentioned how Cyborg’s backstory was cut out of the film and how he was mocked for hesitating to say Cyborg’s catchphrase ‘Booyah.’ He also mentioned an incident where an actor’s skin tone was lightened in post. Following this interview, Gal Gadot would confirm reports that Whedon threatened her career.

Though Ray Fisher’s biggest issue is with Whedon, he has mentioned several times that Walter Hamada is causing problems as well. The accusations from Fisher led WarnerMedia to launch an investigation. Fisher states that Hamada has undermined the investigation and that he called Fisher, asking him to relent on his accusations against producer Geoff Johns. Fisher says he refused to recant any of his statements against any of the alleged abusers. Whedon has responded to several of the abuse accusations, denying the claims. This most recent Tweet from Fisher following the Academy Awards will likely not be the end of this conversation. 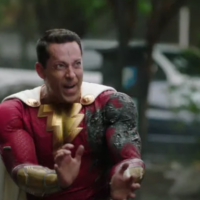 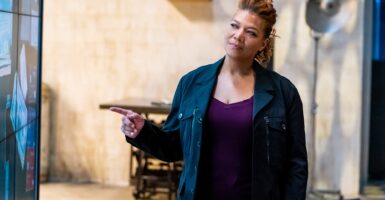 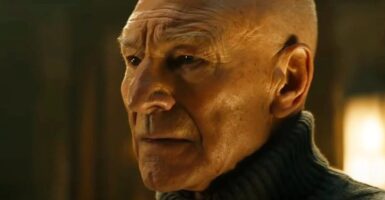