Cyborg actor Ray Fisher has responded to the instantly notorious Joss Whedon interview at Vulture. And unsurprisingly, he is not impressed with any of Whedon’s explanations or comments. To set some context, there has now been several years of bad blood between Fisher and Warner Bros. After starring in 2017’s Justice League, Fisher accused Whedon of misconduct on set. He later publicly refused to participate in any project involving DC Films President Walter Hamada. Ray Fisher was supported by co-stars Gal Gadot and Ben Affleck, while Whedon largely kept silent. Until recently.

Joss Whedon participated in an interview with Vulture that was widely perceived as counterproductive to his own self-interest. During the course of the interview, Whedon called Ray Fisher “a bad actor” and that Gal Gadot had interpreted him to be threatening her career because English is not her first language. He also described himself as “one of the nicer showrunners” and the cast of Justice League as a “ruder group of people” than he had ever had to work with. Overall, public perception was that Whedon did not come off well during the interview. Ray Fisher was blunt about it when responding to what Whedon had to say. Here are some of his Tweets:

Ray Fisher pointed out that Joss Whedon had had years to come up with a stronger defense to the allegations that he was tyrannical and abusive during the filming of Justice League than “I’m actually nice.” Walter Hamada also got brought back into the crossfire. Apparently, Fisher delayed his response for several days out of respect for the recent Martin Luther King Jr national holiday but is now ready to not pull punches. The entire back and forth between Fisher and his supporters against Warner Bros and DC Films seems to have not an end in sight (nor end goal, really). But this particular battle seems squarely a win for Fisher’s corner.

The entire timeline of this Ray Fisher vs. Whedon conflict has upended Joss Whedon’s prior reputation in Hollywood. Justice League was originally set to be directed by Zack Snyder, who left the production after the tragic death of his daughter. Whedon was brought on board to finish out the film, which made a certain kind of sense. He had helmed the massively successful Avengers for DC’s primary competitor, Marvel Studios. Prior to that, Whedon had been a well-regarded script doctor for hits like Speed, Toy Story, and X-Men. But most prominently, he was known for creating the Buffy the Vampire Slayer franchise and the cult TV series Firefly. Both were known for the prominent use of female protagonists and Whedon himself was considered a staunch feminist ally. After Ray Fisher’s allegations were supported by women who had worked with him like Charisma Carpenter and Gal Gadot, that has all changed.

At the very least, this is just one more conflict between Ray Fisher, Joss Whedon and Warner Bros. Undoubtedly, there will be more attempts to rehabilitate Whedon’s image and corresponding allegations against it. We will just have to wait and see what comes next. 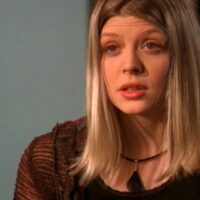