Quentin Tarantino gave a rare review of Top Gun: Maverick, where he stated that he loved the movie.

It is no secret that Top Gun: Maverick has been one of the most successful films in history. The Tom Cruise-led sequel worked out far better than anyone might have hoped for. As it stands, the film has made $1.3 billion in worldwide box office numbers. Domestically, it has made $654 million, making it the highest-earning Cruise film in the states. This is even more impressive considering the huge films that the man has been in. The film has been so successful that it has reached Quentin Tarantino, who gave a rare review of the film. According to Tarantino, “I f****** love Top Gun: Maverick. I thought it was fantastic. I saw it at the theaters. … That and [Steven] Spielberg’s West Side Story both provided a true cinematic spectacle, the kind that I’d almost thought that I wasn’t going to see anymore. It was fantastic.”

That is some huge praise coming from one of the best filmmakers in the world. What makes this praise mean even more coming from Quentin Tarantino, is that he alludes to the film being a cinema spectacle. That is exactly how we felt, and what most of the film-loving world has felt too. Tom Cruise has been lauded for his performance in the film, even earning an honorary Palm d’Or award at the Cannes Film Festival. This is not the first time that Tarantino has discussed Top Gun. The man was in a film called Sleep With Me, where he gave his candid thoughts about what the first film was about. You can see this clip below:

Quentin Tarantino had nothing to do with the writing in this film, and it was early on in his career. This film was released in 1994, and Tarantino was in the film as the character Sid. It was released in the same year that Pulp Fiction was released, which is right before the man became a household name. Still, the scene is quite hilarious and makes his praise of the sequel that much better. Again, we don’t know how much influence he had on writing this scene or if he did at all, but his character has a lot to say about the original Top Gun film.

Top Gun: Maverick has been a monumental success, and one of the best sequels ever made. That fact has been proven by the massive amount of money the film has earned, the response by audiences and critics, and now by the heavy praise by Quentin Tarantino. Though a third sequel has not been confirmed, reports were that Miles Teller and Tom Cruise had been meeting to discuss continuing the story of Maverick and Rooster. We are not sure if a third film would be as successful, but no one thought the second would be this successful either.

Top Gun: Maverick is in theaters right now, so everyone can go see why the film is being talked about so much. If you happened to not be sure about the film, even after all its success, just listen to Quentin Tarantino. If one of the most respected filmmakers in the world says that it is a fantastic film, then you should trust their word. We think it’s worth the watch. Even 30 years after the original film came out, this story has taken on a new shape, and it worked out so well. 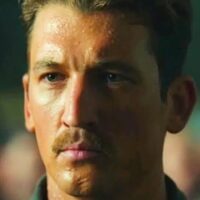 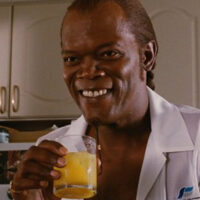