The Quantum Leap Reboot Is Casting For Diversity

The world has turned a new leaf in the past 10 years or so, and inclusion is a huge part of where we are as a society. This means more rights and opportunities for those of foreign descent. That is certainly the goal for the newly rebooted Quantum Leap show on NBC. Plenty of diversity is being asked for in the casting opportunities for the new show. The main character of Dr. Sam Beckett was originally played by Scott Bakula in the 1980-1990s series. Now, the rebooted series is calling for the new Dr. Ben Prassad to be played by someone of AAPI (Asian Americans or Pacific Islanders) or MENA (Middle East and North Africa) descent.

The role of Ian Wright is also being described as Quantum Leap’s nonbinary chief architect of the AI program. Wright is meant to be the character who gets along more with computers than human beings. The role encourages nonbinary actors to audition for this role. Herbert “Magic” Williams is also asking for a black man in his 60s, as he is going to be the grizzled Vietnam vet. The guest star role of Naomi also asks for an open-ethnicity woman in her 30s. The new rebooted series sounds as if it plans to offer a fresh and brand-new take on the classic Quantum Leap.

The plot for the new series sees the original Dr. Sam Beckett being lost in time someplace, while a host of new scientists and doctors restart the Quantum Leap program. The idea is to understand more about the program and the doctor who started it all. Dr. Ben Prassad then uses the time-traveling program on himself and is transported back to the 80s and struck with side effects of amnesia, making him forget why he had time traveled in the first place. This sure sounds like the plot of a Stranger Things episode. There is no telling if Sam Bakula is going to make an appearance, but it hasn’t yet been ruled out.

The idea behind Quantum Leap is that anyone using the program can be transported to another era but in the body of someone who lived during that time. Through humor, heart, and history, empathy can be cultivated much more deeply with the time traveler literally walking a mile in someone else’s shoes. Although it sounds as if the 1980s is going to be the primary time for this show to take place, there could be a lot more historical events happening or being corrected. Time traveling is certainly all the rage right now.

The original Quantum Leap series ran for five seasons, and the hope is that it will do even better on NBC when the reboot graces our television screens. With casting happening right now, it sounds as if the series is still in the pre-productions stages of filming, and we are likely to not see the new series until late in 2022, or quite possibly not until the beginning of 2023. It’s good to see that the rebooted show is aiming to increase their diversity hires by a lot. If you travel back in time, maybe don’t hit your head. 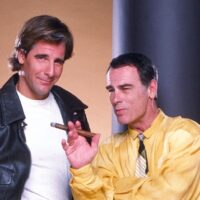 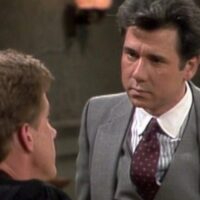