By Annie Banks | 20 seconds ago

A fifth Predator film is on the way after it was announced last year, which will feature the first-ever trip to Earth. The news hails from cinematographer Jeff Cutter’s Instagram page who announced the title in the post. The film, Skulls, has little information surrounding it, and there’s a chance that Cutter’s post may have given away more information about the movie, including its previously unannounced title.

In the post, Cutter thanks the Predator director  Dan Trachtenberg for “inviting him on this epic journey.” The caption also thanks Trachtenberg for entrusting the cinematographer to help him achieve the vision for this film. There is also an additional “s” added to the film’s title, which slightly alters the original title that was given to the Predator film previously announced by producers John Fox and John Davis. This particular movie will follow the Predator’s journey to Earth and grandstand a female hero and honor Native American themes. Skulls will serve as an origin story for the Predator.

Rumors have supported that this Predator movie will take place around the time period of the Civil War and that the main protagonist will hail from the Comanche, following the Mulan formula of defying gender norms and becoming a warrior for their tribe. Actress Amber Midthunder is of Native American heritage, which can support the reports that there will be a Native person cast as the film’s lead. The producers pride their upcoming movie on bearing a resemblance to The Revenant, which stars Leonardo DiCaprio as he takes on the trials and tribulations of life while fighting for survival on the 19th-century American frontier. Fox boasts that Skulls is more akin to The Revenant than it is any other title in the ongoing Predator canon, and promises that his statements will make sense once audiences see the film for themselves.

Fans of the series who may have been burned by the 2018 remake may be compensated for their disappointment. Aside from being compared to The Revenant, there is the confidence that Skulls traces back to what made the original Predator movie work in 1987. There’s the intention to capture the human elements that made the Predator movies so popular and redirects itself to being an action-thriller instead of being strictly horror. No concrete plotlines or details have been reported yet outside of the loose plot description and the consistent reports of a female lead at the heart of the film.

Cutter’s movie clapboard has “Skulls” printed across it, which may contradict Trachtenberg’s previous claim that the Predator prequel uses Skulls as a working title. He uses the example of an old Instagram post of another movie clapboard that was used when filming 10 Cloverfield Lane and pointed it out as an example that working titles are subject to change. Skulls was first revealed by the duo of producers behind the latest Predator installation, and the director has yet to correct the title. Whatever this Predator prequel is called, it is set to land in theaters in 2022, meaning there’s a bit of a wait before this prequel arrives. 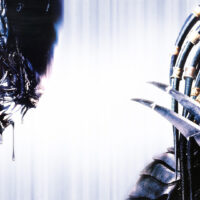