By Charlene Badasie | 23 hours ago

Following reports that the upcoming Predator prequel is called Skull, director Dan Trachtenberg said that movie’s actual title still hasn’t been revealed. The 10 Cloverfield filmmaker took to social media to squash the rumors. In a post on Instagram, he implied that Skulls is just a working title.

The post from Trachternberg’s Instagram can be seen below, where he reflects on working on 10 Cloverfield Lane and how the movie’s title changed, implying the same for the Predator prequel.

Interestingly, the Skulls title comes by way of Collider’s interview with the film’s producers John David and John Fox. However, the update from Trachtenberg could simply mean there was a miscommunication during the chat with the publication, with the producers referring to the project by its working title. Title news aside, John Davis assured fans that the Predator prequel will be just as good as the original movie (starring Arnold Schwarzenegger) if not better. And this time, the story will focus on a female hero and goes back to “what made the original Predator work.”

While the exact plot details are still mostly under wraps, but the Predator prequel will be about the Yautja race’s first-ever arrival on Earth, with a heroic protagonist trying to survive the galaxy’s ultimate hunter. Directed by Dan Trachtenberg script from Patrick Aison, the story is set during the American Civil War and follows a Comanche woman who goes against gender norms and traditions to become a warrior.

In November 2020, it was revealed that the project will actually be a fifth film in the Predator franchise. Trachtenberg indicated that he had been working on the Predator prequel since 2016, while the original intention was to market the project without any references to Predator. The Walt Disney Company will produce the project through their 20th Century Studios banner.

In May 2021, Amber Midthunder had been cast in the lead role of Kee in the film which was set to begin filming in June. Amalgamated Dynamics Inc. had signed on to provide the creature’s makeup effects for this installment, with Jeff Cutter heading the film’s cinematography. Dan Trachtenberg had hoped to keep his Predator prequel a secret for as long as possible, which is why there’s been so much secrecy around the project, including the continued confusion over its official title. Whilethe movie doesn’t have an exact release date yet, it’s expected to arrive in theaters sometime in 2022.

For anyone who doesn’t know, the Predator film franchise chronicles humankind’s encounters with a race of extraterrestrial trophy hunters known as the “Predator”. Produced and distributed by 20th Century Fox, the series began in 1987 with Predator, directed by John McTiernan, and was followed by three sequels, Predator 2 (1990), Predators (2010), and The Predator (2018). While the Predator prequel is yet to get an official title, it’s likely to follow a similar titling pattern. 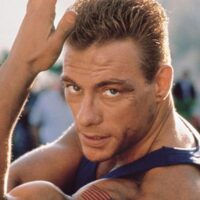